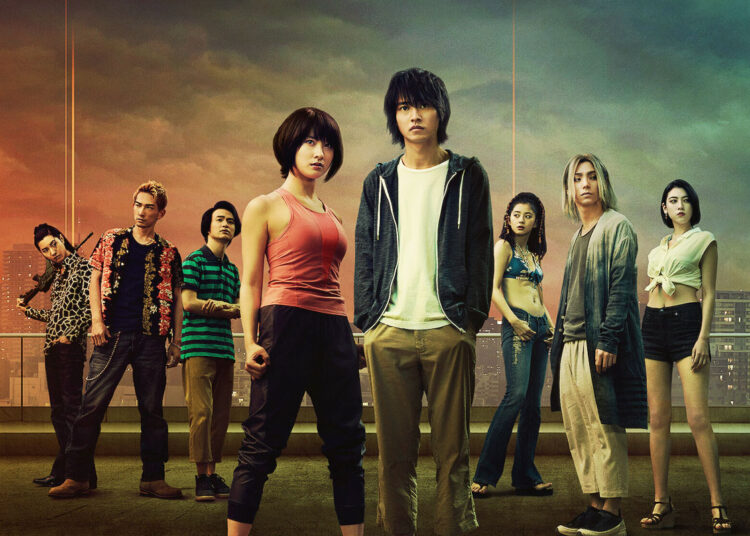 The plot of the series revolves around two people being trapped inside a horrific game where they have to compete to get “visas” that will allow them to move forward in the game.

Card playing is a very important factor in the series. As soon as the visas expire, the competitors are shot dead at once by a red laser coming from the direction of the sky.

The main focus of the series is Ryōhei Arisu and Yuzuha Usagi who play the game in a fictional abandoned Tokyo.

The series premiered on December 10, 2020. The second season of the series is set to release in December of 2022.

There are a number of sci-fi series which you can watch if you are interested in series like ‘Alice in Borderland’.

Must Watch Series Before Alice in Borderland Season 2:

The plot of the series revolves around a group of people who get trapped in an apartment as the outside world is now run by monsters. Among them is Cha Hyun-soo who moved to the apartment after a family tragedy. Now along with the other residents of the apartment, Hyun-su has to defend life from the attack of monsters.

All of Us Are Dead –

Chun Sung-il, Lee Jae-kyoo, and Kim Nam-su created this very recent extremely popular zombie apocalypse series that revolves around a South Korean high school where a zombie apocalypse breaks out and attempt to wipe out the safety of all the students.

The plot of the series revolves around a school student-turned vigilante named Light Yagami using a mysterious notebook that he comes across to kill people whom he considers unworthy to be alive in the world.

Whoever’s name is written in that notebook gets killed. Light Yagami wants to turn the world into a utopia. But soon a mysterious international detective who is referred to as “L” begins to pursue him.

From an impoverished place named “Inland” twenty years old people embark upon a task of completing what is known as “The Process” in order to acquire the opportunity of living in a distant affluent society. But most of the candidates though do not survive, only three percent of them succeed.

Yeon Sang-ho directed this dark fantasy South Korean series that is adapted from a same-named webtoon. The plot of the series is set in the years between 2022 to 2027 and revolves around an extraterrestrial being delivering condemnations to individuals of earth.

They send them to hell. In this way, a new religious group is established based on the view of divine justice.