Where have the cast members of the upcoming series Cafe Minamdang have been seen before. 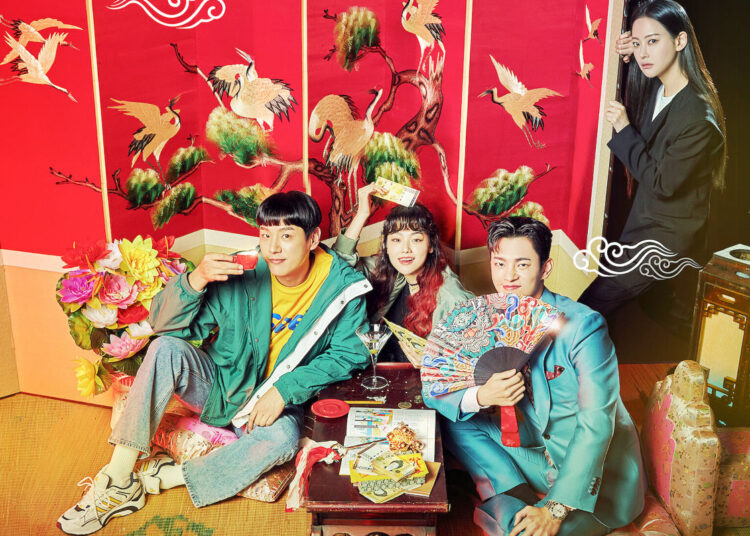 The upcoming South Korean tv series Cafe Minamdang is adapted from a same-named web novel written by Jung Jae-ha. Centering around the titular cafe and the customers who come there, the series follows along with his colleagues the mysterious experiences of a Shaman who was an ex-profiler.

He was a participant in the talent reality show called ‘Superstar K’ of which he became the champion in 2009. His singing career began after that. His film career began with the 2013 South Korean sports film ‘No Breathing’ where his character Won-il is a talented swimmer struggling with the death of both of his parents.

In-guk co-starred in the film with Kwon Yuri and Lee Jong-suk. He made a cameo appearance in the 2016 Chinese rom-com film ‘I Love That Crazy Little Thing’. His latest film role is of a drilling engineer Pin Dol-yi in the South Korean crime action movie 2021- ‘Pipeline’. ‘Wolf Hunting’ is the upcoming movie where In-guk is set to star.

In 2012 In-guk first starred in the tv series. He played the role of Kim Chang-mo in the 1970s or of Kim Jeon-seol of 2012 in Yoon Seok-ho-directed tv series ‘Love Rain’. The same year came his breakthrough role through the series Reply 1997′ the story of which surrounds six friends who are now thirty-three years old and who have been together since when they were eighteen years old and were in high school.

In that series, In-guk co-starred with Jung Eun-ji, Eun Ji-won, Hoya, Shin So-yul and Lee Si-eon. After appearing in another tv series ‘The Sons, In-guk was cast for the horror romantic comedy series ‘Master’s Sun’ in 2013.

He made a cameo appearance the same year in the sequel of the series ‘Reply 1997’ reprising the role of Yoon Yoon-jae. In 2014 he co-starred with Lee Ha-na, Lee Yul-eum, and Lee Soo-hyuk in ‘High School King of Savvy and with Jo Yoon-hee, Kim Gyu-ri, Lee Sung-jae, and Shin Sung-rok in ‘The King’s Face’.

From 2014 to 2018 he was cast in the tv series – ‘Hello Monster’, ‘Squad 38’, ‘Shopping King Louie’, ‘And the Smile Has Left Your Eyes’. Before the role in ‘Cafe Minamdang’ his most recent significant role was in ‘Doom at Your Service’ where he was cast opposite to Park Bo-young.

Oh Yeon-seo plays the role of a quirky and lighthearted homicide detective named Han Jae-hee. She has acted in eleven films and twenty-two tv series so far. The films include Park Kwang-Chun’s ‘Our School’s E.T.’, the K-Horror movie ‘A Blood Pledge’, romantic drama ‘Cheese in the Trap’ where she co-starred with Park Hae-jin and Park Ki-Woong.

Her other tv series include ‘Medical Top Team’, ‘Jang Bo-ri is Here!’, ‘Shine or Go Crazy’, ‘Come Back Mister’, ‘My Sassy Girl’, ‘A Korean Odyssey’, ‘Love with Flaws’ etc.

Si-Yang stars in the series as Gong Soo-cheol who works at the cafe in the morning, but is actually a homicide detective. Si-yang’s filmography includes movies like ‘Night Flight’, ‘Sori: Voice From The Heart’, ‘Elephant in the Room’, ‘Familyhood’, ‘The Witness’, ‘The Battle of Jangsari’ and tv series like ‘Glorious Day’, ‘Oh My Ghost’, ‘One More Happy Ending’, ‘Mirror of the Witch’, ‘Welcome 2 Life’, ‘Lovers of the Red Sky’, ‘Idol: The Coup’ etc.

Mi-na plays the role of the younger sister of Nam Han-Joon who is also an ex-NIS ace. Actress, rapper, and singer Mi-na came to prominence after coming ninty in ‘Produce 101’, a K-pop girl group survival.

In 2018 she played the role of Kim Hyun-sun in the web film ‘Dokgo Rewind’. But her acting debut was through the tv series ‘Children of the 20th Century’ where she starred as young Sa Jin-jin in 2017.

In the 2018 K-drama Tale of Fairy’, she was cast in the main role of Jeom Soon-yi. Her other tv series include ‘Hotel Del Luna’ and ‘Moonshine’.