One thing is out of dispute- for Gaiman and Good Omens season 2, the show is going to be thrill-filled and extremely fun to watch. 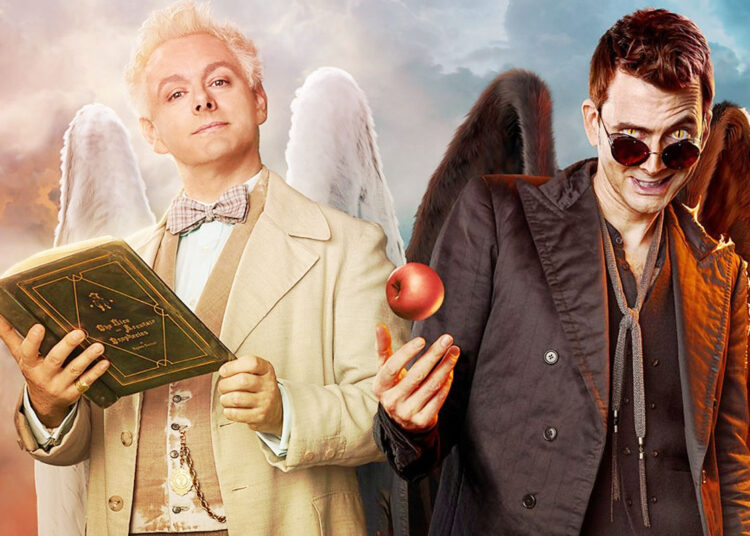 Good Omens Season 2 the series is renewed for one more season. Season 2 of Good Omens was announced in June of 2021. Since then, it has been a long wait for fans.

The show is based on a novel by Neil Gaiman and Terry Pratchett by the same name. Good Omens, same as the novel, incorporates a number of Christian themes and figures, as well as a cast of individuals who are all attempting to either promote or prevent the impending Armageddon, as seen through the eyes of the angel Aziraphale and the demon Crowley.

The series premiered on Amazon Prime on May 31st,2019, and was aired on BBC weekly from January to February next year.

There is a lot of speculation on what is going to happen in season 2 but Gaiman has said “There are so many questions people have asked about what happened next (and also, what happened before) to our favorite Angel and Demon.

Here are the answers you’ve been hoping for. We are back in Soho, and all through time and space, solving a mystery, which starts with an angel wandering through Soho, with no memory.”

Gaiman earlier told Radio Times that the sequel he and Pratchett were working on was about “where the angels actually came from,”. So, this might be the plot for Season 2.

The program is currently in post-production, so we should see it on our TVs before the end of the year. Filming began in November 2021 and ended in early March 2022 in Scotland.

Tennant and Sheen will return as the cast of the showing considering the nature of their roles. Paul Adeyefa, Michael McKean, Gloria Obianyo, Miranda Richardson, Maggie Service, Reece Shearsmith, and Nina Sosanya are among the returning cast members.

With production already done, Amazon has indicated that other members of the first season cast will return, albeit in entirely new roles. Is there a chance that time travel will be involved? If so, we cannot wait!

One thing is out of dispute- for Gaiman and Good Omens fans, season 2 of the show is going to be thrill-filled and extremely fun to watch. We are eagerly waiting for a release date and re-watching Season 1 of the show on Amazon Prime meanwhile.