Chris Hemsworth, Tessa Thompson, and Taika Waititi put a heart on their sleeve regarding Gorr's character in the movie. Tune in to know more! 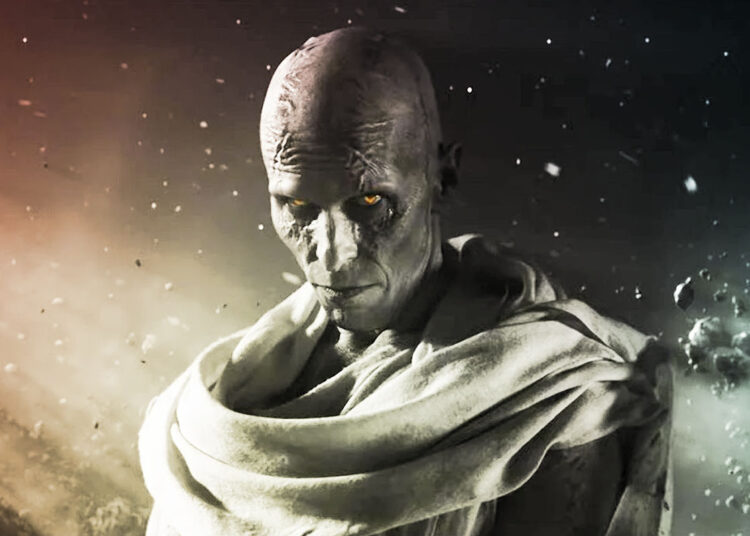 Almost after a month, we would all sit in the theatres holding popcorns in one hand and a cold drink in another, glued to the screens watching Thor: Love and Thunder.

Fan anticipation for Gorr: The God Butcher has been heightened since Christian Bale’s character was revealed. Gorr gives you chills whenever he appears on screen, doesn’t he?

During the interview, Chris Hemsworth, Tessa Thompson, and Taika Waititi put a heart on their sleeve regarding Gorr’s character in the movie.

Thor: Love and Thunder: Gorr is tested as the highest of any villains MCU has ever had: Taika Waititi

Folks, who would you think of if we asked you to name the most treacherous villain of the MCU? Without a doubt, you would name Thanos, isn’t it? But you won’t anymore after watching Gorr (Christian Bale) in Thor: Love and Thunder.

We aren’t saying this; the director of the upcoming Thor movie, Taika Waititi, claims this. As per Taika Waititi, Gorr would be the highest of any baddie MCU has ever had.

These statements have sparked the speculations that the upcoming MCU movie will put a spotlight on the origin of this horrendous MCU villain so far. Well, there is a reason why the makers and the cast believe that the audience would empathize or root for Gorr in his debut movie, Thor: Love and Thunder. And here is why.

In the eyes of Marvel fans who haven’t read the comics, Gorr must be an entirely unfamiliar character. So we understand your bewilderment as to why to sympathize with a villain whose only motive is to kill all of the gods.

And now he is after the God of Thunder, aka Thor Odinson. But what you aren’t aware of is his dark past and trauma, which explains the reason for his existence as Gorr.

Fans are holding their excitement to witness what cards Christian Bale would lay on the table. Just like the fans, Chris Hemsworth and Tessa Thompson are excited to see whether Christian Bale, an Academy Award Winner, would be able to pull off the character as MCU’s most treacherous villain or not.

The multi-starrer movie is all set to cruise the silver screens on July 8, 2022.