Dead End: Paranormal Park is about to come on Netflix as it will habe all the horror element in it! 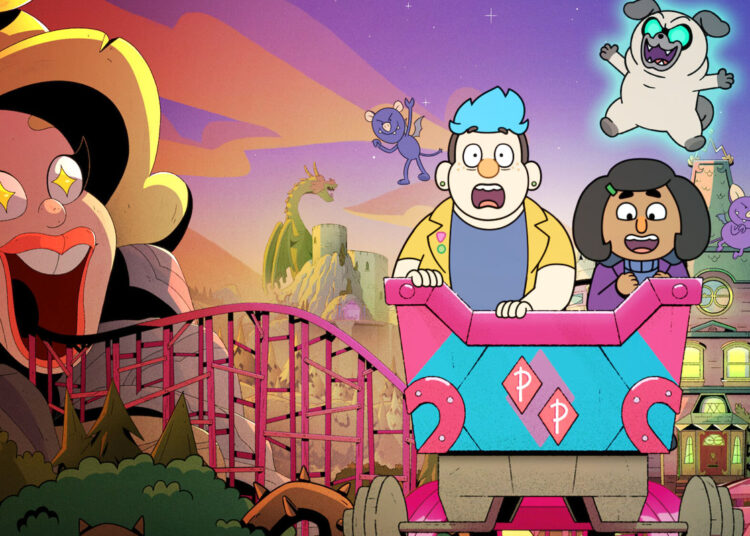 Dead End: Paranormal Park Updates: There are many series that have an amalgamation of not just one origin but more than one. The most common mixture in the series or films we can see is British entertainment and American entertainment.

We can see it through some of the fantastic series that is coming in the future months. Among them is going to be a fantasy plus a horror comedy that is soon going to release. It is called Dead End: Paranormal Park.

Dead End: Paranormal Park is a series that has a mixture of comedy and some fantasy. It is an animated series that have some flavour of horror as well as some Supernatural element in it. This animated series is basically television series but we can see it on Netflix as they are distributing it worldwide.

Coming to the inspiration or origin of Dead End: Paranormal Park then it is influenced by a book called DeadEndia which is very well written by Hamish Steele. With the composition of Julian, we will see Tom Stuart as one of the executive producers of this animated series. The main producer is Jen Coatsworth with the production companies as Netflix Animation and also Blink Industries.

All About Dead End: Paranormal Park

Marking the release of Dead End: Paranormal Park the animated series is going to release on 16 June 2022. It will release on Netflix.

A lot of you may be wondering about what exactly is this animated series. The series is a story of a group. It is a group of employees who are working at a theme park. This theme park is a Haunted House and they all are working at the time of Summer. This haunted house is compared to hell. There is also some indulgence in zombies and witches.

Since it is an animated series so there will not be any actors playing any character but they will be the ones who are going to give voice to the characters.

So here is the name of some characters and their voice artist: Barney will be voiced by Zach Barack, Norma will have the voice of Kody Kavitha, Alex Brightman will give voice to Pugsley, Emily Osment to Courtney, Clinton Leupp to Pauline Phoenix, and many more.