The superhot and talented Nora Fatehi was having a fun time with veteran actress Neetu Kapoor on the sets. 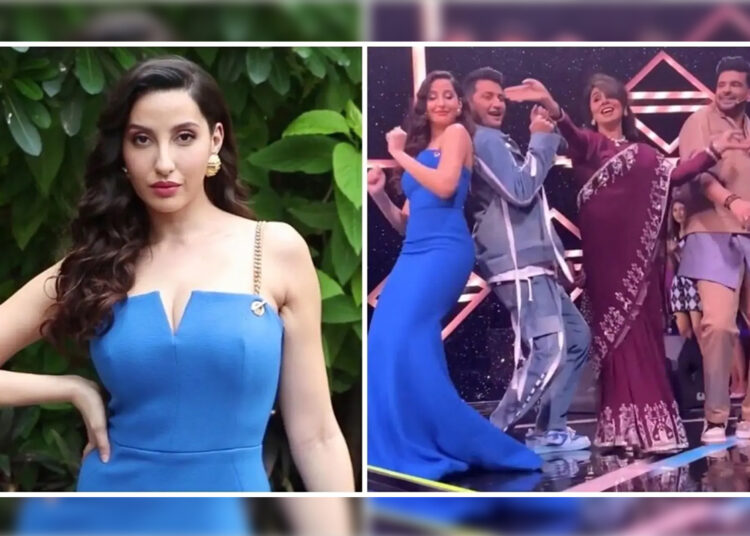 Nora Fatehi is one of the few artists who came to India from a different country and yet made a name for herself with hard work and perseverance today Nora has achieved everything she would have ever dreamt of and living the best possible life here in India.

Started her career as a dancing artist, then featuring in music albums, then doing solo dance numbers in top Bollywood films followed by doing roles in movies, she has achieved every feat of an artist and now she has become in judge on popular dance reality show Dance Deewane Juniors alongside veteran actress Neetu Kapoor and choreographer Marzi, Nora has certainly come up a long way in her career.

Nora Fatehi Shared Some Of Her Secrets To Neetu Kapoor

Today she is counted as the prominent personality of Bollywood, she has over 40 million followers on Instagram and she is one of the most followed celebrities in India. Apart from a stunning personality, beautiful looks, and hot and sexy body, she is also loved and adored for her very loving, friendly, and chill behavior with her co-stars and colleagues.

Now recently a video surfaced on social media from the sets of Dance Deewane Juniors where Nora can be seen teaching some of her moves to Neetu Ji, she was teaching her the ways to be more bold and fierce towards the camera and Neetu Ji was having a great laugh during the episode.

Now, if you don’t know Neetu Ji is making a comeback in Bollywood films after 9 years, she will be seen in the upcoming family drama film Jugjugg Jeeyo, which is directed by Raj Mehta, the film will feature stars like Varun Dhawan, Kiara Advani, Anil Kapoor, Maniesh Paul, and popular YouTuber and social media influencer Prajakta Koli.

The film is set to hit the theatres on June 24. The movie’s trailer was released last week and got a very positive response from the fans.