Stranger Things Season 4 Volume 2 is coming in the two months, here are details! 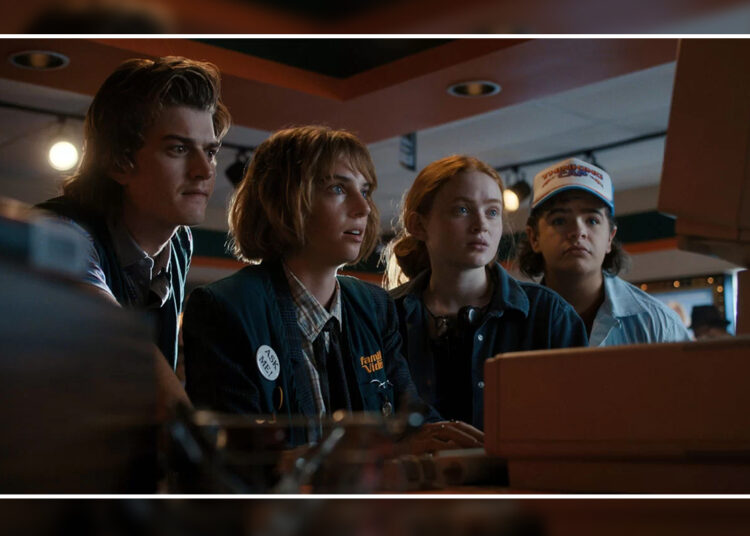 Stranger Things Season 4 Vol 2 Update: Fictional dramas have something that has always kept them unique from the other nonfictions. Among them are some that have come out with some unique ideas and Plots. Talking about unique ideas and plots then we can see these things generally in some horror dramas.

Horror Dramas are very mysterious and that is the reason why it has always kept the audience till the end. Talking about any horror drama that is very much anticipated among the audience then it is called Stranger Things. The series Stranger Things is about to come again with season 4 and volume 2.

We know that Stranger Things have got an enormous number of love and support from the audience. And that is the reason why we can see the fourth season of Stranger Things.

The series has some horror and some drama in it with the flavor of science fiction. This science-fiction drama is created by The Duffer Brothers.

Talking about Stranger Things Season 4 Volume 2 then there has already been a fixed release date. The first volume was released on 27 May 2022 and has got a lot of love from the audience. It was released on Netflix and the same is going to happen with volume 2. Stranger Things Season 4 Volume 2 is going to release on 1st July 2022.

Stranger Things Season 4 Volume 2 has a unique plotline and it will be a continuation of the volume first. The season is shot in Russia in a snowy wasteland. We will see some characters facing danger. When they will return to the states then again they will have to face a new kind of horror.

Talking more about the plot, Netflix has said these words: “It’s been six months since the Battle of Starcourt, which brought terror and destruction to Hawkins.

Struggling with the aftermath, our group of friends is separated for the first time – and navigating the complexities of high school hasn’t made things any easier.”

Stranger Things Season 4 Volume 2 will have almost the same cast that we have seen in the first volume. So they are here as follows Robert Englund/Kevin L. Johnson again as Victor Creel,  Joseph Quinn will be as Eddie Munsen, Tom Wlaschiha will be as Dmitri, and Jamie Campbell Bower as Peter.