Madhuri Dixit is one of the most beautiful actress Bollywood has ever seen and apart from being beautiful, she is equally talented. 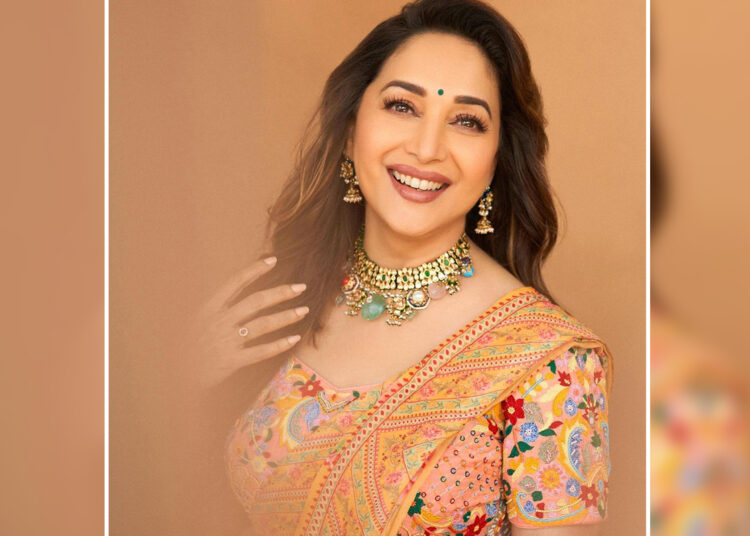 Madhuri Dixit Update: Instagram reels are the most popular thing in entire social media today, especially in India after the ban of Tiktok, Instagram reels have taken the Internet by storm. New songs, dance steps, and trends keep on coming, and from tv actors to Bollywood celebrities, all jump on the trend train.

Now, a track titled ‘My Money Don’t Jiggle Wiggle’ has been trending on Instagram reels for the past few weeks and millions of people have made videos on the song including many of our Bollywood celebrities too and in the list, there is one celebrity who doesn’t need any introduction, Madhuri Dixit has joined the trend.

Recently Madhuri posted an IG reel on her account which has more than 31 million followers, she did a light dance with hands and legs movements on the same track, and her red Dolce and Gabbana red jumpsuit made her look adorable. Fans poured love into the comment section seeing Madhuri’s dance.

She has always been a great dancer and made her name in Bollywood with her great dancing skills, she is a trained classical dancer and used to dance at a tender age of 3.

Madhuri has been part of some iconic dance numbers and her recent bests were Aaja Nachle and Ghaghra in Yeh Jawaani Hai Deewani. In past, Madhuri has been judging in dance shows like Dance Deewane and Jhalak Dikhhla Jaa.

The 2008 Padma Shree award winner was last seen in the Netflix series The Fame Game. Nene will next be seen in the Amazon Prime Video series “Maja Maa” starring Badhai Do fame Gajrao Rao and other OTT stars including Barkha Singh, Srishti Shrivastava, Sheeba Chaddha, Rajit Kapur, and more. It’s hard to believe but Madhuri is still slaying at the age of 55 and we are lucky to witness such an actor for so long we would hope to see more of her in the future.