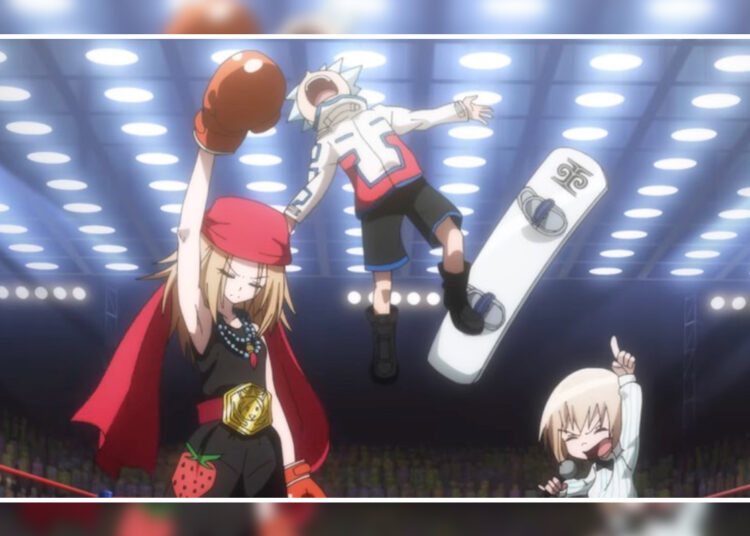 Shaman King Season 1 Part 4 Update: Joji Furuta directed the anime series ‘Shaman King’ which is based on the same-named manga that Hiroyuki Takei wrote and illustrated and is a reboot of the 2001 anime. The plot of the anime revolves around individuals named Shamans who are extraordinary people and have the ability of communicating with other entities whom the ordinary people cannot see.

These include the spirits, ghosts, and gods. A prestigious tournament is arranged every five hundred years in which Shamans throughout the whole world takes place and compete against each other.

This is called The Shaman Fight. Winner of the tournament is bestowed the title of Shaman King who then acquires the ability to reshape the world by invoking the Great Spirit.

Now there are a lot of other anime series that you may watch after finishing ‘Shaman King’ Season One. Here is the list of some of them.

Revisions –
Number of Episodes: 1
Gorō Taniguchi directed and Akitoshi Mori, Toshiaki Obata, and Kazuya Ide produced this anime series centers upon a student named Daisuke Dojima who was abducted as a child.

The voice of the protagonist Daisuke Dojima is given by Kōki Uchiyama in the anime. Other voice cast members of the series include Mikako Komatsu, Nobunaga Shimazaki, Rie Takahashi, Manaka Iwami, Sōma Saitō, Yōko Hikasa etc. The series ran from January 10, 2019 to March 28, 2019 on Fuji TV (+Ultra) and Netflix.

GIBIATE-
Number of Seasons: 1
Masahiko Komino directed this anime tv series that is set in Japan of 2030 where a virus named Gibia has been spread which, by infecting, is turning humans into different types of monsters according to their sex, age, and race.

In this situation, a group of three people consisting of a ninja, a samurai, and a monk time-travel from the past and arrive in the almost ruined Japan.

They discover a professor who is trying to find out a cure. They decide to help the professor enduring simultaneous attacks of the Gibias. They also begin searching for other survivors as well.

Great Pretender-
Number of Seasons: 1
Hiro Kaburagi and Ryōji Masuyama directed this Japanese anime revolves around the greatest swindler of Japan. His name is Makoto Edamura. But when he attempts to con Laurent Thierry, a real world-class crook, he finds himself delved into deeper things that he initially expected.

Blade of the Immortal –
Number of Seasons: 1
Hiroshi Hamasaki directed this anime series which is adapted from the same named manga  of Hiroaki Samura. The plot of the series is set in the middle of Tokugawa Shogunate period of Japan and is centred upon a samurai called Manji. But Manji is cursed and the only way of his redemption is to kill thousands evil men. Only then he will be able to reacquire his mortality.

Sirius the Jaeger-
Number of Seasons: 1
Masahiro Andō directed this Japanese anime series that is set in the year of 1930 and revolves around a group of vampires and a group of vampire hunters. As the vampires move to Japan from China, the hunters follows them. They are referred as Jaegers who pretend to be the staffs of “V Shipping Company”. Among these hunters the primary focus is upon Sirius who is a werewolf and whose village got ruined by vampires in the past.

Yūto Uemura, Kenyu Horiuchi, Nanako Mori, Yūsuke Kobayashi, Shunsuke Takeuchi are some of the voice cast members of the series. The series ran from July 12, 2018 to September 27, 2018 on AT-X, Tokyo MX, BS11, and Netflix