Here is everything we need to know about the rumored Pixel Fold. 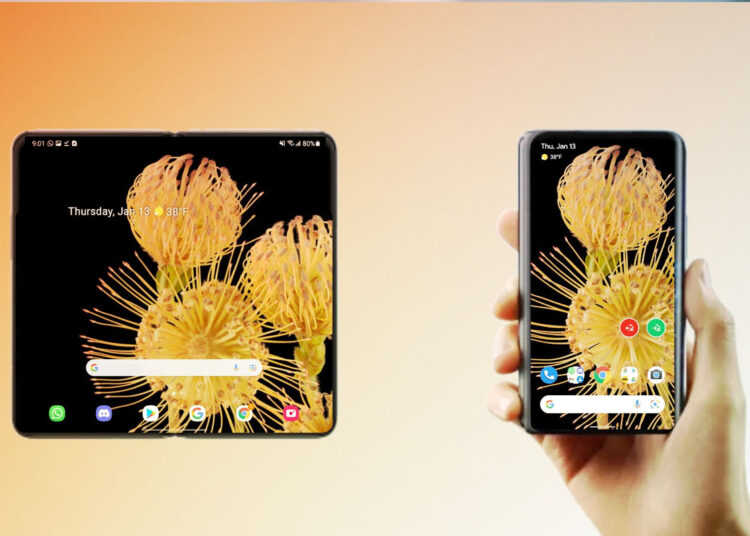 Google Pixel Fold Updates: Google I/O, which was organized on 11th May 2022 has confirmed various devices which were upcoming. The Pixel 6a, along with the upcoming Pixel 7 series, Pixel buds, and Pixel watch. Various users were waiting for a Pixel Fold phone, but Google didn’t show any footprints of it.

What are the rumors about the Google Pixel Fold?

Recently, 9to5Google has confirmed that it is possible that the Pixel fold series could be known as Pixel Notepad. There might be more names, one of them could be a Pixel Logbook too.

About the Display: There are various rumors about the display of the device, but the closest one could be this. It is expected that the Pixel Fold might have a large Outer and Inner display. Unlike the Samsung Galaxy Z Fold 3 which has a tall display on the outside of the device and inside a larger display panel.

It is suspected that Google might order ultra-thin glass from Samsung. The display is supposed to have LTPO technology, which can upscale the Refresh Rate from 1-120Hz.

Rumored Specifications: The so-called Pixel Fold might have Google’s latest tensor chip. It isn’t as powerful as the Snapdragon 8 Gen 1 but still managed to be powerful. The Tensor chip might run in 8 core CPU and could be paired with 12GB RAM.

Rumored Camera Tech: Pixels are known for cameras. Their optimization with the processor is remarkable and sometimes might beat the most expensive devices too. It is suspected to have a 12MP single camera and two 8MP front-facing selfie cameras. The once 12MP camera might look awful in front of the Z Fold 3 but could be remarkable as other pixel devices.

Software: Google phones are always seen on the Stock Android. Recently, the Android 12 with the Material you was a hit and it is expected that the Pixel Fold might have an extended version of Android 12, the Android 12L. Google might take the help of Samsung to optimize its apps for foldable screens

It is still unknown, whether Google might release the rumored Pixel Fold because it is still a rumored and open to debate device. there have been various speculations and reports floating about the device. If Pixel Fold is underdevelopment then we know, Google would do its best as it does.