Doja Cat to Quit Vaping after surgery for infected Tonsils 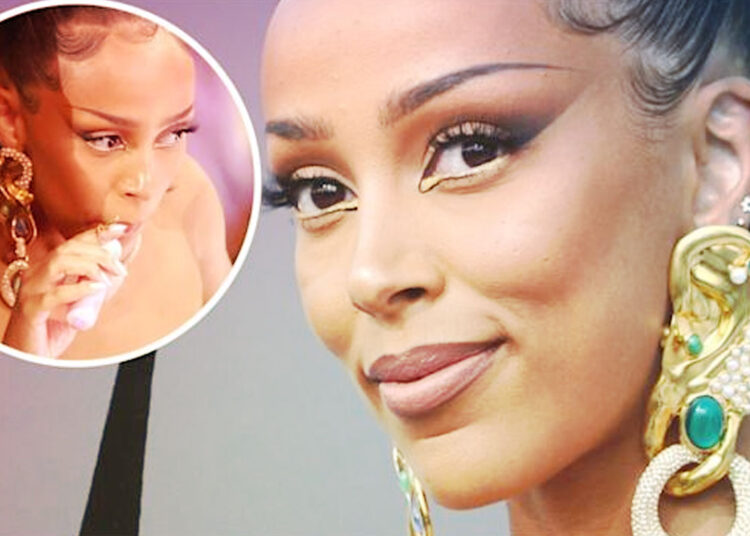 Doja Cat has come up with some sad and heartbreaking news for her fans. A popular American singer, rapper, and songwriter, Doja Cat recently underwent a painful surgery that she told about through Twitter.

On her official Twitter handle, she tweeted about undergoing a surgery that involved cutting her left tonsils. She further added that due to the development of an abscess in her tonsils, doctors had to surgically remove it. However, she also assured her well-wishers that she was fine and okay and will recover soon.

Not only this, as in particular as Doja Cat is, she also gave a brief overview of how and what led to her tonsil surgery and what precautions she will be taking from now on.

Doja explained in one of her tweets that, her tonsils got infected before the BBMAS. During that time she was on medication to cure and prevent the infection. However, she says that she forgot about it and drank wine and was vaping throughout the event. This worsened her infection. As sad as it is, she underwent surgery.

In a tweet that she tweeted on the 20th of May, she writes that “I cried and it hurt a lot but I’m ok”.  Clearly, the surgery would have been painful and we all stand by her during such tough times.

Moreover, in the aftermath of surgery, Doja tells a few things she might not do and quit for some time now.

Replying to the tweet of one of her fans, Cat says that she will be quitting vaping for a while. She also says that she might not crave it more after. She further also explained a lot of minute details about how quitting vaping is affecting her life. However she is strong enough to overcome the craving.

What more does Doja Cat share about her Surgery?

The 26-year-old underwent tonsil surgery due to the worsening of her infection. She informed her audience about all this through her Twitter handle.

Further, in one of her recent tweets, she gave all of her fans a sad news. The tweet is an image, which Doja, herself has written it. The image says that she will have to cancel her festival run this summer and also The weekend tour.

She also adds that she feels horrible about this and that she will be returning very very soon to amaze her audience with her oh-so-fantastic music. She also updated her well-wishers about her health and all are happy to see her recover.

In addition to the updates that the 26 year old has been giving about her health, fans have been pouring wishes for her. Overwhelmed by the love she has been receiving, she also tweeted to thank every single one who is providing her reassurance. She writes as, “yall bout to make me cry with all the reassurance. i appreciate it. thanks for being supportive. i love you”.

We all pray for her recovery and wishing to see her back with her music.