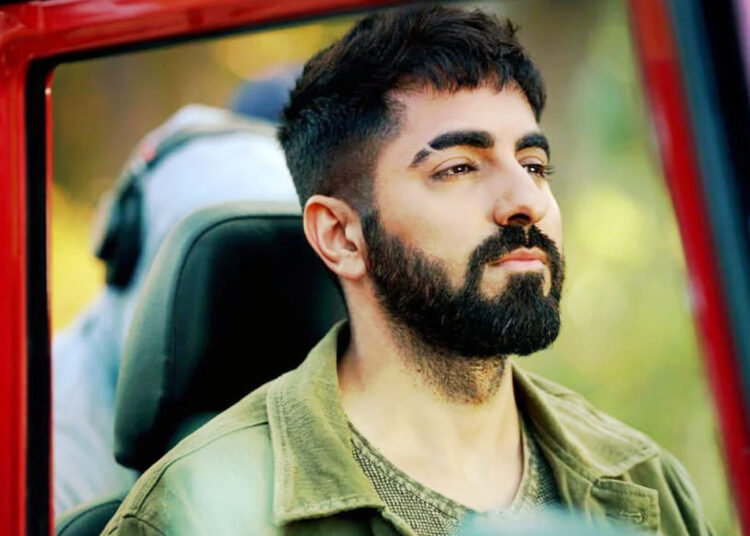 0
SHARES
Share on FacebookShare on TwitterShare on WhatsApp
Ayushmann Khurrana has always been one of the most charming and talented actors loved by all. Living his on-screen and off-screen life far away from controversies. His films have always entertained the audience.

Well, if you are thinking that it has been quite a long time since you saw something coming up from Ayushmann. Then get ready this May, you are surely going to have something extraordinary coming up from the actor.

Read ahead to know more about Ayushmann Khurrana and his upcoming film.

Ayushmann Khurrana All Set For His Upcoming Film Anek

Ayushmann Khurrana has always been known as a versatile actor, singer, and host. Working mostly as a lead actor in all his film. His movies always do well at the box office. That ultimately keeps all his fans with high hopes to watch his next film.

In fact, one of the most successful films of his career was Vicky Donor where he starred opposite Yami Gautam. He even sang one of the hit songs of the film Paani Da. Continuing his journey through all these years. His next much-awaited movie is coming as Anek.

Ayushmann Khurrana’s Anek Is Releasing This May

Ayushmann Khurrana’s upcoming film Anek is going to be a political thriller film set in the region of Northeast India. Anubhav Sinha for Anek has taken the role of the Director as well as the writer for the film. While this movie has been long in limelight for its kind.

As far as the filming of the movie is concerned, the film actually began in the year 2021 in the month of Feb and wrapped up the filming a month later.

The movie stars Ayushmann Khurrana in this film playing the role of Aman aka Joshua. Alongside Ayushmann there’s going to be Andrea Kevichusa. Other casts of the film are Deeplina Deka, J.D Chakravarthy, Manoj Pahwa, Kumud Mishra, and more. Not to miss, Anek is releasing in theaters this May on 27th.

Advance booking for Anek has began

While the lines from the movie Anek “Jitega Kaun? Hindustan” is going insanely popular in India even before the release of the film. The movie set around the region of North East India focuses on the story of an undercover cop who is on a mission to get back northeast India into a peaceful place again.

As Ayushmann has been busy with the promotion of the film. Before the movie is to hit the big screen. The advance booking of film has already begun. Hence fans can get their tickets booked for watching the film. Meanwhile, you can only say about the review of the film after it releases in the theatre.