Undoubtedly Malaika Arora is one of the divas of the tinsel town of Bollywood who is aging like a fine wine. 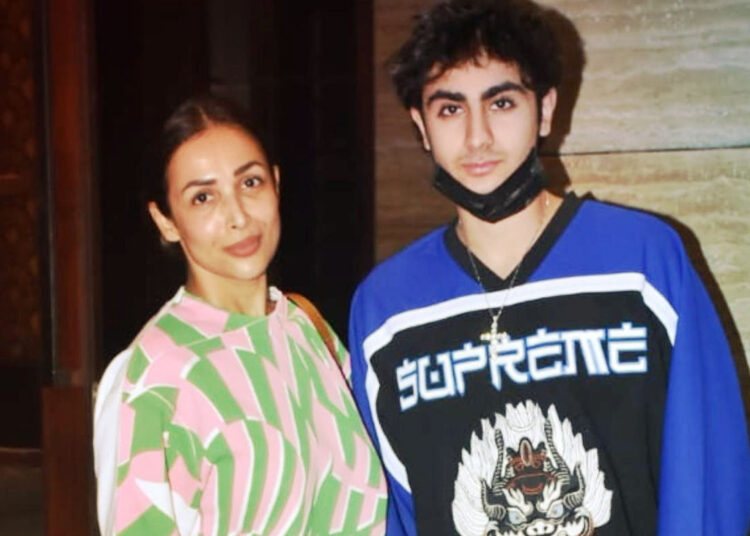 0
SHARES
97
VIEWS
Share on FacebookShare on TwitterShare on WhatsApp

B-town’s heartthrob Malaika Arora never misses a moment to make heads turn. It is always hard to lay your eyes off her. Undoubtedly she is one of the divas of the tinsel town of Bollywood who is aging like a fine wine.

Would you believe that the 48-year-old actress is a mother of a 19-year-old son Arhaan Khan? Folks, you must be wondering why we are talking about her son Arhaan Khan all of a sudden?

The mother-son duo was spotted together at Bandra today. In keeping their style casual, Arhaan and Malaika both opted for simple styles. Malika Arora donned a co-ord, including a light blue cotton t-shirt and shorts.

Touted as the fashionista of the B-town, Malaika Arora kept her game simple by pairing brown heels with an off-white shoulder bag for the outing. While on the other hand, her son Arhaan Khan was decked up in a black set of t-shirts and shorts. His white sneakers and a baseball cap leveled up the game.

Apart from their appearance, something else captivated the netizen’s attention. A video was doing rounds on social media, in which Arhaan Khan is seen playing with his pet dog Rocky.

Like every other star kid, the 19-year-old son of Malaika Arora and her former husband Arbaaz Khan is pursuing his higher studies in the United States of America.

Despite being away from the films, the 48-year-old actress never ceases a moment to captivate attention. Malaika Arora has been a part of reality TV shows like Supermodel Of The Year Season 1, India’s Got Talent, India’s Best Dancer, Nach Baliye, Jhalak Dikhla Jaa many more.

Recently, Malaika Arora set tongues wagging with her marriage rumors with boyfriend Arjun Kapoor. As per the reports, Malaika and Arjun are planning to have a winter wedding.

Since both are fond of the winter season, if the reports are to be believed, the duo will exchange vows in a hush-hush wedding in November or December.