by Manjeet Mahato
Reading Time: 3 mins read
A A
0
0
SHARES
Share on FacebookShare on TwitterShare on WhatsApp

Ms. Marvel Teaser Trailer has been released and various dialogues and catchphrases have been directly quoted as it is from the comics. Marvel’s first Muslim Superheros is about to debut on Disney+ and fans are excited about the first teenage girl superhero in the MCU.

She lives in Jersey and has inhuman genes passed from her grandmother, In the Disney+ Series, the role will be played by Iman Vellani and created by Bisha K. Ali.

The Teaser Trailer of Ms. Marvel

The official teaser trailer of Ms. Marvel has been dropped by Marvel on their official Youtube Channel on 20th May 2022.

Then we get a glimpse of how Kamala will get her Superpowers, In comic books, she had Inhuman genes, In the series also she will get her powers from her Inhuman grandmother, which will be activated after she wears her granny’s bracelet.

Then we can see her childish outlook with her powers, How she will try to become like her idol Captain Marvel and will try to help the people with her friend Kamran.

Then comes another dialogue from the comics, obviously from her father

“If you save one life you save the world.”

In this trailer we came to know about her powers of manifest lights, pulling cosmic energies to release energy fields, and the best of all the “Big Hands”, which is being criticized by the fans in the comments and on Reddit too.

People are complaining about the power changes but if it looks at least the slightest like the comics we should complain. This shot here says it all. It’s close enough to the comics. Let’s save elongating powers for Mr. Fantastic pic.twitter.com/AIHUDRtBuq

As in comics she had not these specific powers, rather she had a few powers which has not been shown in the trailer. Superhuman Strength and Speed are also two of her best powers, She has the power to stretch her hands but as like Mr. Fantastic not like the one which we have seen in the trailer.

Here is Ms. Marvel’s Powers as per comic books:

Inhuman Powers: Can Alter the shape and size of her and stretch her hands too.

Healing Factors: Ms. Marvel has healing powers like Wolverine but she takes time to recover not as fast as Wolverine.

Change Appearance: She can alter her appearances like hair, costumes, and other properties.

Bioluminescence: Kamal’s this power is about glowing by emitting a yellow color energy signature.

Ms. Marvel will start streaming on Disney+ on 8th June 2022.

Ms Marvel – Everything You Want To Know! 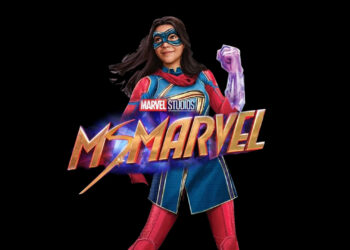 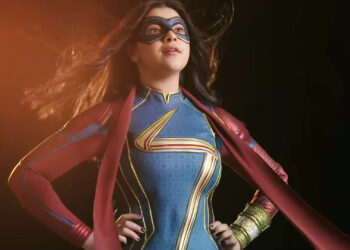 Ms. Marvel will be a fan film more than a Superhero one