Emily Blunt Was Seen Post Lunch On The Sets Of “Oppenheimer”

Emily Blunt was clicked as she was heading to her upcoming movie "Oppenheimer" sets. 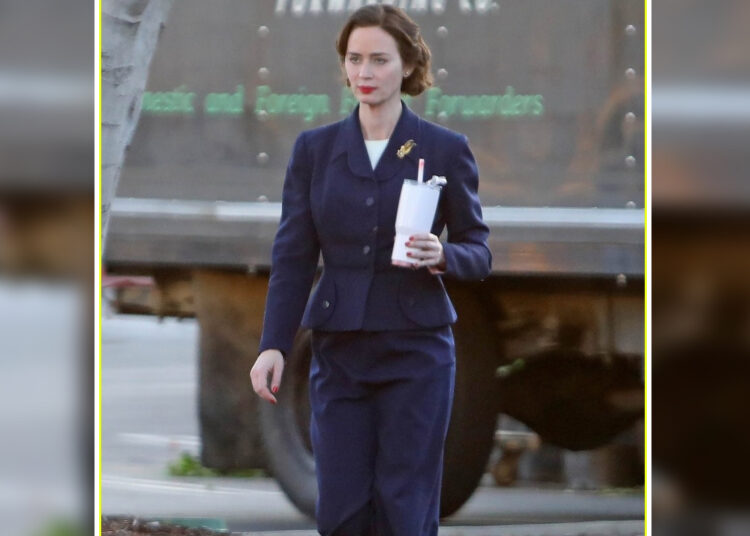 Emily Olivia Leah Blunt was born on 23rd February 1983 in London, England. She is a British actress and also, and she has received many international honors including Golden Globe Award and Screen Actors Guild Award, she was ranked as one of the highest-paid actresses in the world in the year 2020.

She made her debut in 2001 with The Royal Family, later she went to the Television film Boudica and Henry VIII. She made her lead debut with My Summer of Love in the year 2004. She achieved recognition for her role in Gideon’s Daughter and The Devil Wears Prada.

Recently, Emily Blunt was part of the movie Jungle Cruise where she played the role of Lily Houghton.

Recently she clicked on Oppenheimer movie sets while she was enjoying her lunch break. She was clicked holding a large cup in her hand and walking towards the set.

The picture was clicked on Tuesday (17th May).

She was spotted wearing a Vintage wardrobe for the movie, she then went and met all the cast and crew of the movie.

The movie Oppenheimer revolves around the story of J. Robert Oppenheimer which is played by Cillian Murphy, “one of the fathers of the A-bomb during the Second World War, who later found his loyalty to the United States questioned by hawkish government officials.”

Emily Blunt and John Krasinski Are on A Vacation in London

Emily Blunt Wants Her Daughters To Be ‘oblivious’ About Their Parents’ Fame; Here’s Why