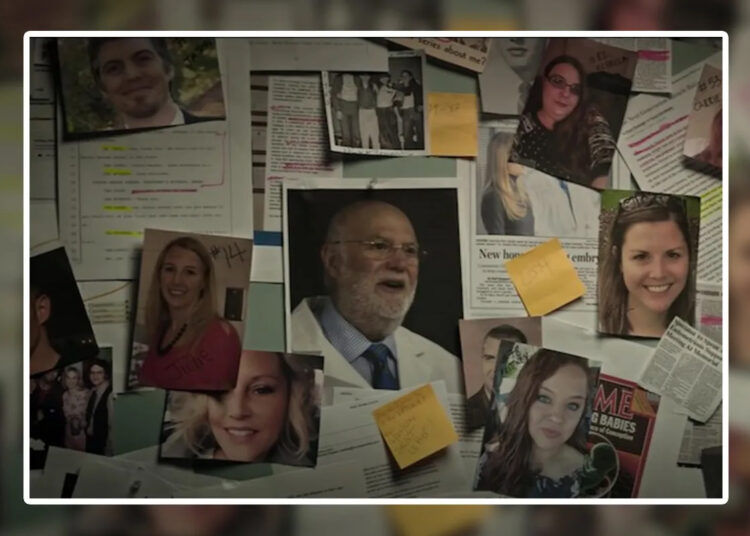 Our Father Update: Lucie Jourdan directed the American crime documentary movie that begins with Jacoba Ballard, a woman who was born from donated sperm. She tells in the movie how she begins to feel different after growing up and becomes willing to discover her half-siblings.

She hoped that she would be able to find out one or two people born from the sperm of the same sperm donor. But her search gives her information about seven half-siblings of her.

Her discovery unveils a major and shocking scheme inside the business of sperm donation which involves a renowned fertility doctor.

The cast of the documentary film Our Father includes Jacoba Ballard, Donald Cline who is the fertility doctor, Debbie Pierce who is Jacoba’s mother,  reporter Angela Ganote, Dianna Kiesler, and Liz White both who were patients of Cline, Jan Shore who was Cline’s nurse and Robert Colver who was Cline’s partner.

All of them appeared in the documentary as themselves only. The movie Our Father was released on May 11, 2022, in the United States.

Now there are many other movies that will interest you if you are a fan of crime investigation movies. Some of them are listed below. All these movies in the list are documentaries and chronicle crimes or some unusual enigmatic secrets.

Must Watch Movies After ‘Our Father’:

Amanda Knox-
Rod Blackhurst and Brian McGinn directed this American documentary movie that presents Amanda Knox, a woman who was convicted wrongfully for the murder of her roommate. The name of Amanda’s roommate is Meredith Kercher.

In the documentary movie, we see her talking about this unjust event that happened to him along with the interviews of Raffaele Sollecito who is her ex-boyfriend, Giuliano Mignini who is an Italian prosecutor, and Nick Pisa who is a reporter for the Daily Mail.

Amanda was imprisoned for four long years before being acquitted. The movie chronicles her experience during this time.

The movie was released on September 10, 2016, at Toronto International Film Festival and on September 30, 2016, in the United States.

The Women and the Murderer –
Mona Achache and Patricia Tourancheau directed this French crime documentary movie that is set in Paris in the 1990s and revolves around two courageous women who come from very different backgrounds.

One of them is the mother of the victim and the other is the police chief. The documentary chronicles their relentless effort to prosecute Guy Georges, a serial killer.

All the characters in the documentary movie appear as their own selves. They include Anne Gautier who is the mother of the victim Hélène Frinking, Hélène Frinking herself, Martine Monteil, Agnès Nijkamp, Princess Diana, Magalie Sirotti, Chantel Sirotti, Patricia Tourancheau etc. The series premiered on September 9, 2021, in the United States on Netflix.

Memories of a Murderer: The Nilsen Tapes:
Michael Harte directed this British documentary movie that revolves around a serial killer named Dennis Nilsen. His life along with the terrible crimes that he had done throughout his life has been presented in the movie through a series of audiotapes. These audiotapes were recorded when he was imprisoned. The film was released on August 18, 2021, on Netflix.

Abducted in Plain Sight –
Skye Borgman directed this true-crime documentary movie that is set in the year 1974. The documentary revolves around the incident of the kidnapping of an Idaho teenager named Jan Broberg Felt.

When he was only twelve years old, he got kidnapped by Robert Berchtold, one of his neighbors on two occasions.

The kidnap was chronicled for the first time in ‘Stolen Innocence: The Jan Broberg Story’. This film gets chronicled though footage of an interview with Jan Broberg Felt.

The people that appear in the documentary movie are Jen Broberg, Robert Berchtold, Mary Ann Broberg, Lainee Rhodes, Emily Kincaid, etc. The movie was released on May 16, 2017.

The Inventor: Out for Blood on Silicon Valley-
Alex Gibney directed this American documentary movie that tells the story of Elizabeth Holmes. She became the youngest billionaire who is self-made in the whole world after inventing something that prophesies a revolution in blood testing. She has been heralded as the next Steve Jobs. But only after two years her large company gets dissolved.

The documentary presents Elizabeth Holmes, Ramesh Balwani, Dan Ariely, Tyler Shultz, Erika Cheung, Alex Gibney, John Carreyrou, etc. all of whom appear as themselves. The movie was released on March 18, 2019, in the United States.