Machine Gun Kelly has Hinted fir his marriage with Meghan Fox and also for an unborn child! 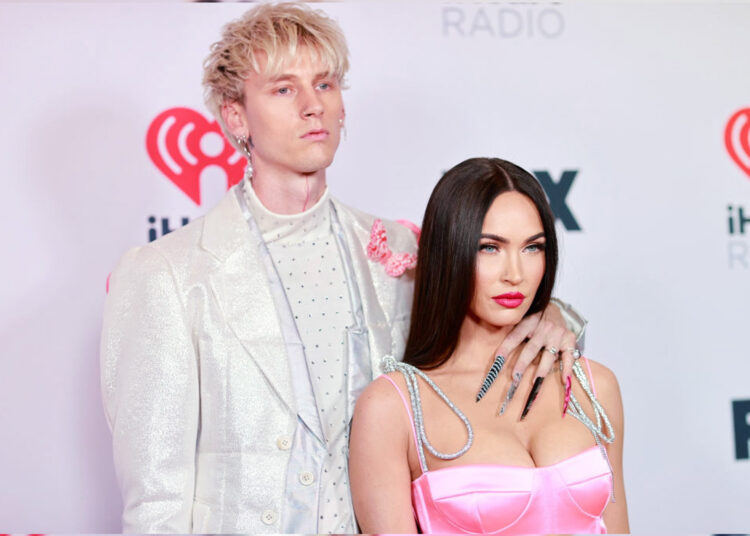 The duration of dating is not something that decides the future goals of a couple. Whether it is the relationship of years or months, the assurity and the trust with understanding are enough to lead that couple to the ceremony of marriage.  A lot of Hollywood celebrities got married while on the other hand, some want to get married soon. The same was seen with Machine Gun Kelly who has hinted at the marriage and pregnancy to Megan Fox at the Billboard Music Awards.

Machine Gun Kelly has performed at the 2022 Billboard Music Awards with his song called Twin Flame. While he was performing that song he hinted toward getting married to Megan Fox and also referring to the pregnancy which is not announced right now. The couple is going very strongly with each other and they are also engaged. The next step they can take forward is either to have a baby together or to get married.

When Machine Gun Kelly about the Pregnancy Of Megan Fox

On 15 May when Machine Gun Kelly was performing at the award function. He has revealed that he has written a song for his wife and here he has referred to Megan Fox as his wife. He has also made a Shout Out for the unborn child with Megan Fox. After announcing all these things, a kind of spark has emerged between fans. They are totally in speculation whether the couple is expecting that first child together or not.

The fans have taken to Twitter and they have commented on something related to it. But the news is not confirmed yet because it was not announced by either Machine Gun Kelly or Megan Fox. According to some sources of Hollywood life, the couple is planning to have a baby together. They are talking about this thing since they have come into this relationship. It is also said that the couple is destined to be together forever.

Megan Fox has already three sons from Brian Austin Green. On the other hand, Machine Gun Kelly has also a daughter of 12 years old with his ex-girlfriend. He has really a great bonding with his daughter and the same goes with Meghan Fox. Fans find it really great if they would get married soon.