Currently, the couple Katrina Kaif and hubby Vicky Kaushal is enjoying their vacation in the USA, away from their work. Their vacation pictures have taken social media by storm. Tune in to read more. 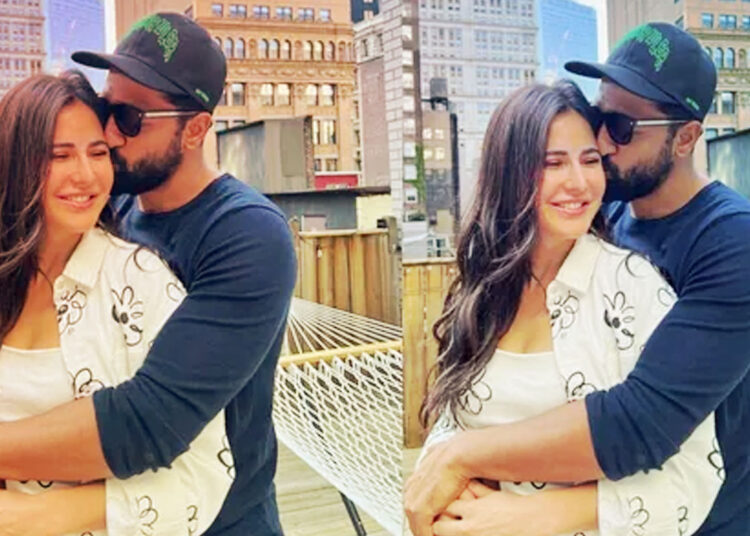 On his 34th birthday, Vicky Kaushal received hordes of birthday wishes; out of those wishes, there was the only one that made his birthday special. Of course, we are talking about his wifey Katrina Kaif.

Vicky Kaushal and Katrina Kaif have become the most talked-about couples in the tinsel town of Bollywood. Right from the wedding rumors to their vacation, the couple never ceases a moment to amaze us with their undying love for each other. Currently, the couple is enjoying their vacation in the USA, away from their work. Their vacation pictures have taken social media by storm.

Instead of penning down a lengthy note on his birthday, Katrina kept it short and sweet and put that Vicky Kaushal makes everything better. It was his first birthday post marriage. So, it had to be remarkable.

Besides that, B-Town actors were also one step ahead and poured their love on Vicky’s birthday. B-Town celebs like Madhuri Dixit, Sara Ali Khan, Jahnvi Kapoor, Anushka Sharma, and many more wished him on his 34th birthday. Folks, you would also agree; if this isn’t true love, then what is?

Check out the reaction of Vicky Kaushal:

How can we not expect a comment from hubby Vicky Kaushal on the sweet birthday note? Replying to the birthday wish, Vicky replied, ‘Shaadishuda wala birthday,’ leaving the netizens awe.

The duo got hitched under the roses in December last year for the unversed. But since then, they have been tied in the work commitments.

Coming to the work front of the gorgeous Katrina Kaif, she is all set to entertain us with some of the upcoming projects. Her upcoming projects include Merry Christmas and Tiger 3. Also, she will be seen in Phone Bhoot, starring opposite Siddhant Chaturvedi and Ishan Khatter.

Talking about the birthday boy, Vicky has made his place as the A-listed actor of the B-Town with some unforgettable performances of his career. His upcoming projects include Sam Bahadur, Govinda Mera Naam, and Luka Chuppi 2.

Also Read: Is Katrina Kaif Pregnant? Checkout what Katrina’s team has to say. 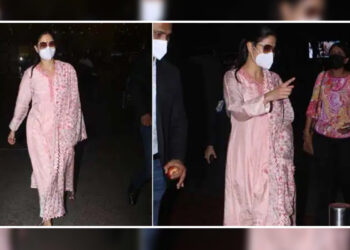 Is Katrina Kaif Pregnant? Checkout what Katrina’s team has to say.