Kim Kardashian wants to have one more kid, she is planning to have a baby with Pete but by surrogacy! 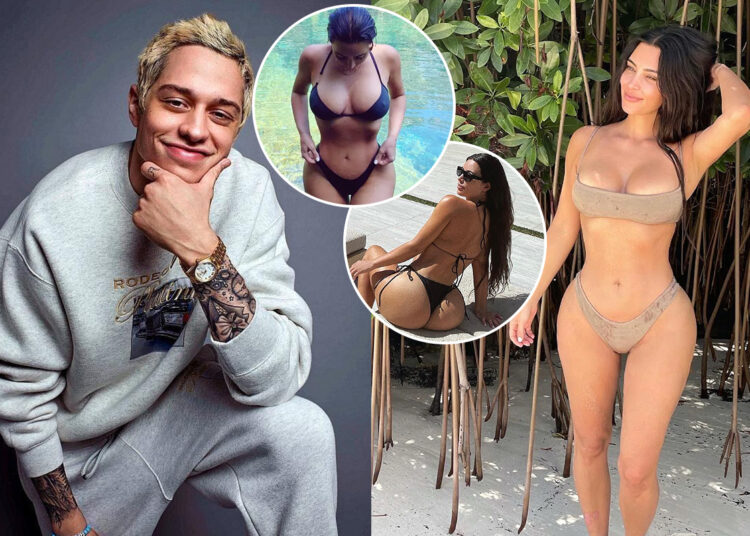 Kim Kardashian Update: Starting a new life together with another partner is very courageous and also a happy moment for a lot of people. And the same goes with our celebrities who have failed in their previous relationships and now they try very hard to give time to their current.

And that is the reason why they also try to build a family with their current partners so that they can also build happiness.

Talking about these things then we cannot forget about the current trending couple that is Kim Kardashian and her boyfriend Davidson who is right now in talk related to their romance and planning to have kids.

Kim Kardashian has always been a loving mother to her kids and maybe that is the reason why she is in news related to having kids with her boyfriend. So Kardashian has not ruled out the possibility of having children with Pete Davidson.

The couple is going very strongly together and trying to spend as much the time they can with each other. On the other hand, Pete Davidson is also trying to spend some time with the children of Kim Kardashian.

Kim Kardashian Is Planning To Have Kid With Pete Davidson

The 41-year-old reality show star Kim Kardashian is getting closer to Davidson. According to some sources, Kim is trying to talk with their mother of Davidson that is Amy Davidson related about having kids.

She is aware that how Amy Davidson wants to have Grandkids and at the same time, Kim Kardashian also knows that Pete Davidson himself wants to become a father one day.

It is said by the source that Pete Davidson is spending some time with the children of Kim Kardashian and it shows how amazing a father he could be in the future.

Right now he is getting closed with the eldest daughter North. They played together and Pete Davidson himself become the kid sometimes.

But Kim Kardashian would not be ready to have a child in her womb and her boyfriend is aware of it. So maybe that is the reason why they would go for a surrogate to have a child.

The source also revealed that “But having more kids is not something that Kim can say no to. She is still young and she loves being a mom. She knows the demands of raising children and she can balance that with a career. She has been doing it for almost a decade and doing it well.”