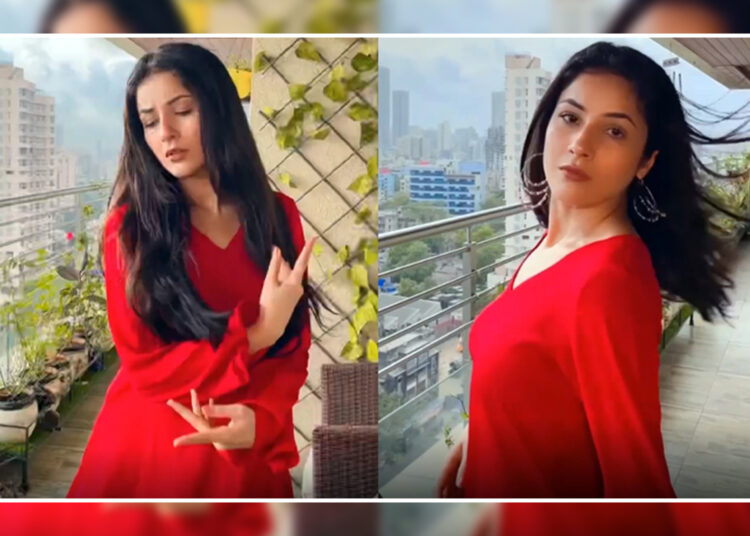 Shehnaaz Gill is an Indian actress born on 27th January 1993 in Punjab. She started her career as a model in the year 2015, and since then she has been a part of various regional music videos.

She participated in Bigg Boss 13 in the year 2019, the show gave her fame all around India and she became one of the most entertaining contestants in the show.

She has gained a lot of fan following over the past few years and has been one of the prominent faces in Indian reality shows. Shehnaaz also loves her fans and always tries to give out something new to them.

Recently she was seen dancing to the famous Pakistani song “Pasoori” in her Instagram Video. The song is sung by Pakistani singers Ali Sethi and Shae Gill. The song has become a huge hit not only in Pakistan but is loved in India as well. Many celebs have been making videos and showing love for the song.

Shehnaaz Gill was wearing a Red Kurti and Palazzo in the video, she also captioned it writing “Aa chale lekar Tujhe, hai Jahan silsile”. She is looking totally mesmerizing in her Instagram video.

Recently Shehnaaz gill expressed the love she has been receiving from her fans and she feels really grateful. She has also given us one of the funniest punchlines and she loves the posts people create using her one-liners.

She was recently seen in a Punjabi movie Honsla Rakh along with Diljit Dosanjh and Sonam Bajwa which was released on 15th October 2021, the movie is a family drama entertainer with some humorous touch.