Ranveer Singh’s Reply On Hindi vs South Films Will Win Your Heart!

The 83 actor spoke about about his opinion on the hindi vs south films debate and his reply was amazing. 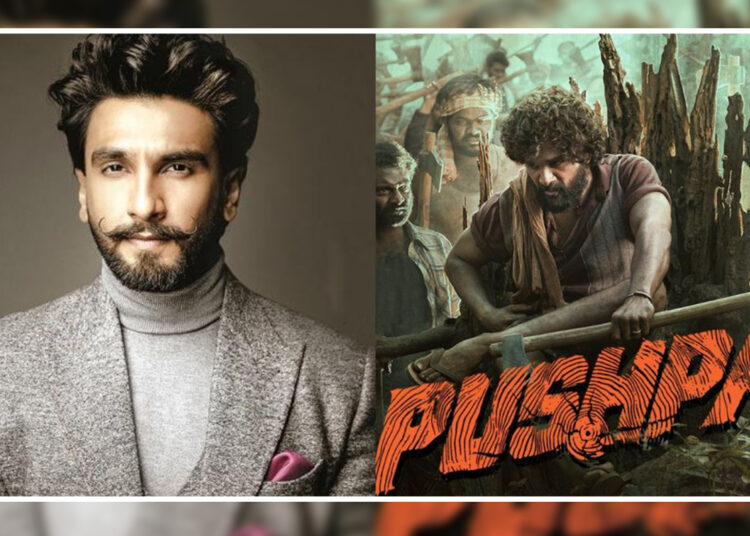 Ranveer Singh’s Update: 2022 has been quite a year for South Indian cinema as it has been hugely successful for their film industry. It all started with the release of Pushpa: The Rise in December 2021 starring Allu Arjun and it took the box office by storm, after a long time a movie brought attention to the film industry after Covid-19, next up was Junior NTR, Ram Charan, Alia Bhatt and Ajay Devgn starrer RRR, which was released on March 24 and it has broken all records as it collected 158.6 crores on its opening day and broke as well created many records.

And just when we were witnessing RRR breaking all the records, a box office monster was awaiting as KGF Chapter 2 got released on April 14th and it started smashing records left, right, and center and created absolute mayhem at the box office and amidst the chaos of KGF 2, films like Heropanti 2, Jersey and Runway 34 all got blown away.

Ranveer Singh’s Reply On Hindi vs South Films Will Win Your Heart!

KGF literally snatched the collections out of these movies and it’s still breaking records after records. And as a result of this Bollywood’s chance of revival is fading away, and a series of flop Bollywood movies from the past few years isn’t helping either and the South Indian industry is slowly taking over the Indian film industry.

In between all of this, another controversy has sparked as Kannada film industry star Kiccha Sudeep in an interview said that Hindi is no more our national language, Ajay Devgn gave a befitting reply and asked Sudeep on Twitter why he releases his movies in Hindi if he doesn’t consider it as the national language, Ajay completed the tweet with lines from national anthem -Jana Gana Mana.

Then Sudeep replied to the tweet by saying that he respects all languages, followed by another tweet where he apologized and confessed to ending the debate and also said that Ajay has misinterpreted his statement. Finally, they both ended the Twitter thread on good terms.

Now recently Ranveer Singh in an interview was asked to say something on this matter, well Ranveer’s reply was quite sensible as he said that “all the industries are ours and Indian cinema is one”, he said that he is a fan our South Indian movies and he always sees the movies with eyes of a professional artist,

He appreciated the south Indian films and said he is happy to see their growth. Well, Ranveer really impressed the fans with his beautiful reply on this matter and his statement is enough to end the debate.