Hacks Season 2- Must Watch Series If You Like Season 2 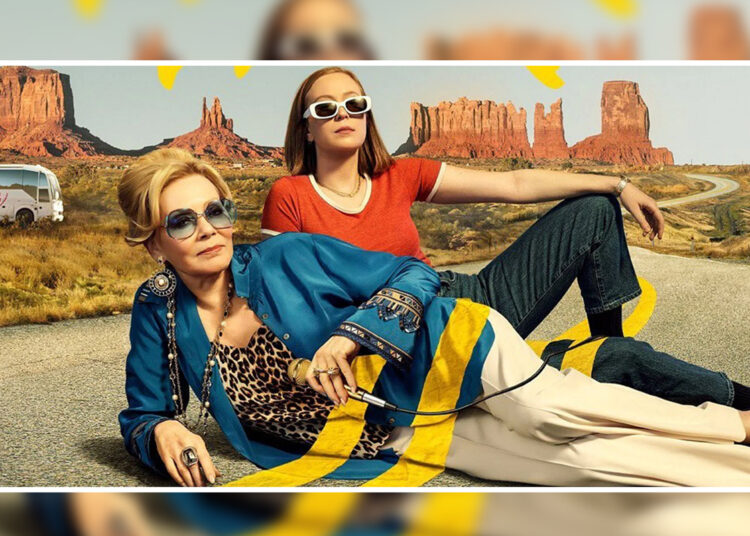 Deborah Vance is a legendary stand-up comedy diva who performs in a casino in Las Vegas. Ava is a young woman who writes comedy.

Deborah and Ava come across each other as both their works suddenly face certain problems. The head of the casino is on the way to pare down Deborah’s performance dates.

On the other hand, Ava is fired due to a mean tweet. Though at first the two of them team up reluctantly, gradually they get over each other’s differences and form a bond.

Jean Smart and Hannah Einbinder play the roles of Deborah and Ava respectively in the series. The series Hacks Season 2 premiered on May 13, 2021, on HBO Max. The second season of the series aired on the streaming site on May 12, 2022.

Now there are some more series that you can watch if you like the series ‘Hacks’.

Better Things-
Number of Seasons: 5
Pamela Adlon and Louis C. K created this American comedy series that revolves around a woman named Sam Fox who is a Hollywood actress. Sam is divorced and raises her three daughters on her own which proves to be a hard job. Moreover, she has to balance her professional life and her role as a mother.

The Marvelous Mrs. Maisel-
Number of Seasons: 4
Amy Sherman-Palladino created this period comedy series that revolves around a woman named Miriam Maisel who is also referred to as Midge. She is a housewife in New York. She finds out that she is apt at stand-up comedy. She determines to pursue a career in stand-up comedy henceforth.

Crashing-
Number of Seasons: 1
Phoebe Waller-Bridge created this British comedy series that revolves around a disused hospital where six persons live for rent. All of them are in their twenties. They live there for cheap rent. In return, they have to keep the building safe and maintain some strict rules.

But the gradually the close relationship of the inmates begins to be incited by personal trouble and sexual tension. Will they be expelled from the building after all?

Phoebe Waller-Bridge, Jonathan Bailey, Julie Dray, Louise Ford, Damien Molony, Adrian Scarborough, and Amit Shah are some of the cast members of the series. The show ran from January 11 to February 15 of 2016 on Channel 4.

Kevin Can F**k Himself-
Number of Seasons: 1
Valerie Armstrong created this American dark comedy series that is set in Worcester of Massachusetts. The show focuses on a woman named Allison McRoberts.

Her marriage is strained by her frustration with her unambitious and insensitive husband who is the titular Kevin. But now she is determined to find meaning in her life.

Annie Murphy plays the role of Allison in the series along with Eric Petersen starring as Kevin. Other cast members of the series include Mary Hollis Inboden, Brian Howe, Raymond Lee, etc. The series premiered on June 20, 2021, on AMC.

Barry-
Number of Seasons: 3
Alec Berg and Bill Hader created this American black comedy crime series that revolves around Barry Berkman who is a hitman. But when he goes to Los Angeles to kill a target, he discovers himself in an acting class and actually likes it.

Bill Hader plays the role of the titular Barry Berkman in the series. The series premiered on March 25, 2018, on HBO.