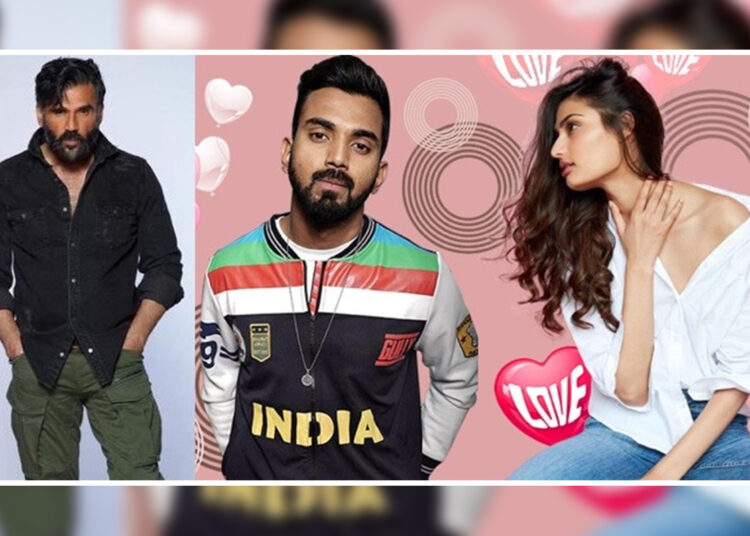 Kannur Lokesh Rahul famously Known as KL Rahul is an Indian Cricketer born on 18th April 1992 in Bangalore. He is Captain of Lucknow Super Giants in the Indian Premier League.

Athiya Shetty is an Indian actress born on 5th November 1992 in Mumbai who works in Hindi films. She is the daughter of Suniel Shetty, she made her debut in 2015 in the movie Hero along with Sooraj Pancholi. She also won the best debut for her role.

KL Rahul and Athiya Shetty have been dating for a long time and it is rumored that the couple will soon be getting married by the end of this year with close friends and family.

In one of the recent interviews, when asked to Sunil Shetty about her daughter Athiya Shetty getting married to Cricketer KL Rahul he said “She is my daughter, she will get married sometime.

I would want my son to also get married, the sooner the better. It’s their choice. As far as KL Rahul is concerned, I love the boy.

And it is for them to decide what they want to do, because times have changed. Beti our beta dono hi responsible hai (My daughter and son are both responsible people). I would like them to take the decision. My blessings are always there for them.”

Sunil Shetty also spoke about celebrities endorsing harmful tobacco brands. Recently he was dragged by someone unknowingly over a tobacco brand, the actor responded in a sarcastic way and replied to wear his glasses and see.

Sunil Shetty is one of those actors who is still healthy and fit even at the age of 61, the actor spoke he doesn’t even consume alcohol or any other harmful stuff, he does not eat sweets or has too much food.

Sunil Shetty is famously known for his work in movies like Hera Pheri, Dhadkan, Refugee, Border, and many more.