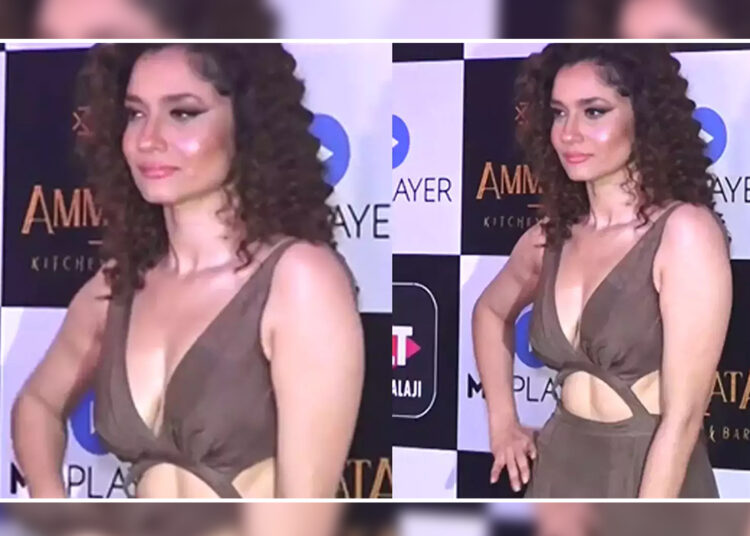 Ankita Lokhande Jain was born on 19th December 1984 in Marathi Family in Indore. She moved from Indore and came to Mumbai after her graduation to pursue her career in acting.

She is an Indian Actress who started her acting career with the Television series Pavitra Rishta which was one of the most-watched series at that time, Ankita also became one of the highest-paid television actresses.

She co-starred in the Television series along with Late Sushant Singh Rajput.

In 2018 she signed Manikarnika: The Queen of Jhansi and played Shraddha Kapoor’s sister in Baaghi 3 in 2020. She Reprised her role in Pavitra Rishta 2.0 with Shaheer Sheikh.

Ankita Lokhande Trolled Over Her Outfit In Lock Upp

She got married on 14th December 2021 in Mumbai to Vicky Jain.

She is one of those rare names who stay away from Controversy, but a few years were not great for the Actress. Recently she went on the Success bash of Lock Upp’s reality television show along with her husband Vicky Jain.

She was looking stunning in her Flowing gown which had a deep cleavage and thigh-high slit, these kinds of outfits are quite common at such high-profile parties.

But things did not go well and she was trolled by netizens violently over her gown. Many people made mordantly for her dress.

These comments not only showcase trolling culture but also degrade a person’s confidence, this is a clear example of jealousy. Anyways, the winner of Lock Upp season 1 is Stand-up comedian Munawar Faruqui.