Shawn Mendes Was Seen Shirtless As He Was Enjoying Beach Time!

Shawn Mendes was seen enjoying waters at beach after some days he ran to his ex-girlfriend Camila Cabello Met Gala! 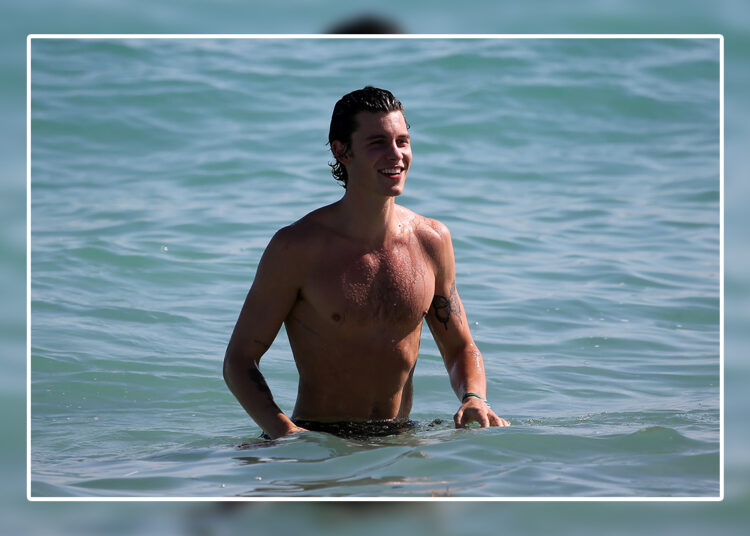 And that is the reason why we have spotted a lot of celebrities in the past few days at the beach while enjoying one of the best moments.

Some of them were with friends while others enjoyed it being alone. Among them is the singer Shawn Mendes who was seen shirtless on the beach after some days he met with Camila Cabello at Met Gala.

The Monster singer, Shawn Mendes was recently photographed on the beach while he was enjoying the sunny day and that is after some days he was seen at the Met Gala.

Shawn Mendes Was Seen Shirtless As He Was Enjoying Beach

The look of Shawn at the Met Gala was one of the best looks as he went with Tommy Hilfiger. We have also spotted his ex-girlfriend Camila Cabello at the Met Gala who was also looking very mesmerizing in her white dress.

Shawn Mendes was looking very handsome as ever as he was enjoying his time at the beach in Miami. The 23-year-old singer looked toned while he was stepping out from the water.

He was seen wearing nothing but Black swim trunks. We have also seen his huge arm tattoos which were very visible to us.

In candid photos, he was looking very handsome as he was breaking all the gender roles. We have also seen him wearing a gold chain. We have spotted him swimming after some days he ran into his ex-girlfriend Camila Cabello in 2022 and at the Met Gala.

According to some sources of Hollywood life, the former couple that is Shawn Mendes and Camila Cabello were happy to see each other at that event.

The source told that the couple has spoken together and has also gotten in together on several occasions. They both are also very outspoken and they have a lot of respect and love for each other even after breaking up.

If we talk about the look of Shawn Mendes and Met Gala then he was looking very legendary. He was seen wearing black boots and looking like a dashing Prince with his dark nail polish as he was trying to break the gender roles.