Sonakshi Sinha Took To Instagram To Share Her Engagement News, She was seen posing while showing off her engagement ring. 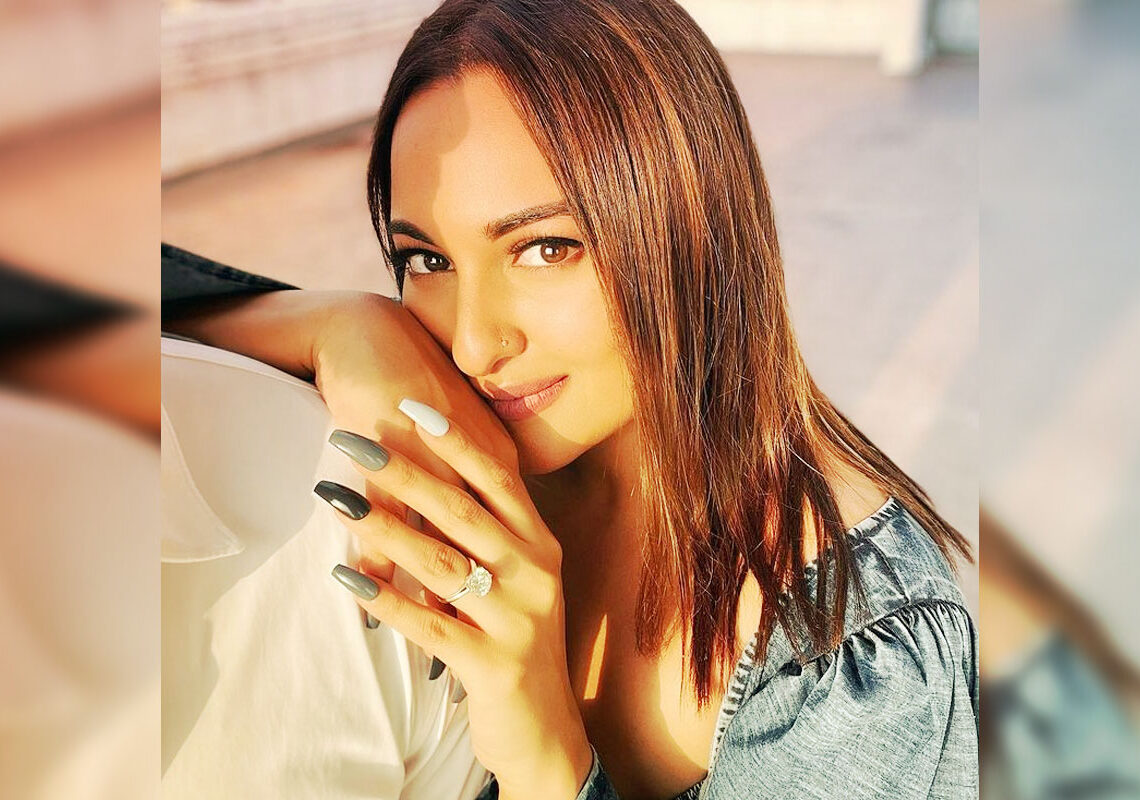 Sonakshi Sinha recently was seen flaunting her engagement ring. Giving a lot for the rumors. In the past, she had been linked with many love affairs.

Recently, Sonakshi took her Instagram profile to drop a few pictures of her and her mystery lover. In addition, she created quite a buzz as she flaunted her big rock on her finger. Also, claiming it is a big day for her.

Well, many fans are left wondering if the actress did get engaged. In addition, finally makes the big decision with the love of her life.

She captioned the picture: “A BIG day for me!!! Finally, the biggest dreams of my life are coming true… and I can’t wait to share them with YOU. Can’t believe it was SO EZI!!!”

After, the big reveal, Sona received many congratulatory messages from her fans and friend. So did Sonakshi get engaged?

You can see, Sonakshi Sinha glowing with happiness in the recently shared pictures. Her fans can’t get enough of it and are extremely excited for the actress. In addition, the news created a lot of buzz and excitement for the fans. Although, according to many reports,  Sonakshi is assumed to be allegedly in love with Notebook actor Zaheer Iqbal. Leaving many to wonder whether he is the one in the pictures.

Hiding the Face Of The Mystery Man

Sonakshi Sinha has kept the touch of mystery when it came to her mystery man in the recent pictures. Hiding him from the frame as the congratulatory messages poured in. And we want to know who the lucky guy Sona is?

Sonakshi Sinha has left many at the edge of huge curiosity. As many are questioning her about her engagement rumor. Although, many of the congratulating messages came from her close buddies like Bollywood actress Kubbra Sait, Neha Dhupia ad many others.

For quite a long time, Sonakshi Sinha and Zaheer Iqbal are dating. Keeping their relationship a little low profile. But, now did the couple get engagement??

This news although won’t come out as a surprise for their fans.  However, before making any assumptions we have to wait for the “Dabangg” actress to confirm this news herself.

Bunty Sachdeva Getting Linked To The Actress

Allegedly she was also linked to Bunty Sachdeva. The strong couple was a huge buzz in Bollywood. Claiming that the actress to set to get hitched to him. Although, the rumors eventually got buried soon.

For a very short period, the” Happy Bhaag Jayegi” actress was claimed to be dating Aditya Roy Kapoor. However, they were nothing more than buddies. In addition, the duo was least affected by their dating rumors.

Although, Shahid Kapoor is now happily married to Mira Rajput. But before eventually getting married to Mira. Shahid was alleged to have dated a lot of Bollywood actresses.

Although, it was assumed that after breaking up with Kareena Kapoor Khan. The actor is alleged to have gotten involved with his co-star Sonakshi Sinha too. Although, they were later confirmed to not be true and were baseless rumors.