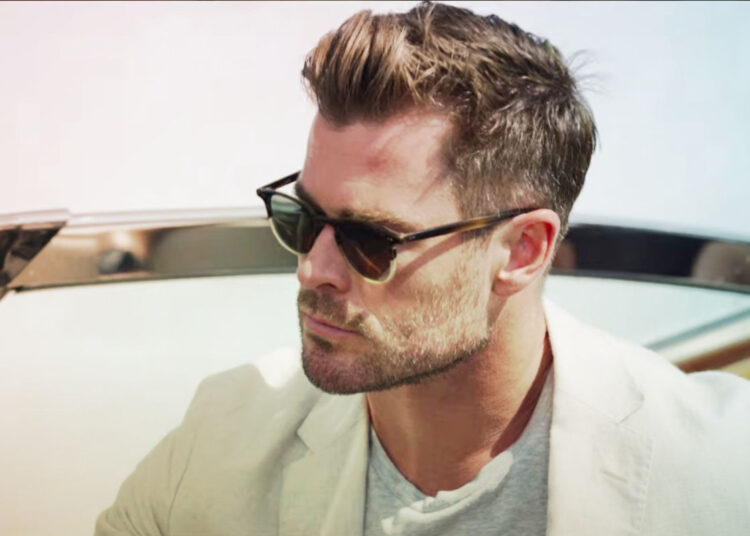 Joseph Kosinski directed this upcoming American sci-fi thriller movie Spiderhead is adapted from George Saunders’ dystopian short story named ‘Escape from Spiderhead’. The plot of the series revolves around a society which is in near future.

The story focuses on two convicts who are tussling with their past. They are part of a prison facility that gives the convicts an option to decrease their prison sentence time through being volunteers in an unusual experiment.

The prison overseer named Steve Abnesti runs an experiment on drugs to use to alter emotions. Meanwhile, Jeff, a prisoner begins to have feelings for Rachel who is another prisoner. He is determined to outmaneuver the prison experiments in order to save her.

Now there are some more movies that you can watch while waiting for this movie that you will definitely like.

Shawn Levy directed this popular American sci-fi adventure movie that is produced by David Ellison, Dana Goldberg, Don Granger, Shawn Levy, and Ryan Reynolds who stars as the protagonist of the movie. The plot of the movie is set in a dystopian future in the year 2050.

Living in that year a man named Adam Reed time travels to the year 2018 in a time jet. The motive behind his journey is to save Laura Shane who is his wife. But on the way, he crashes lands in the year 2022 after being injured. There he meets the twelve years old Adam who gradually understands that the elder Adam is his the elder-self of him.

Ryan Reynolds and Walker Scobell play the roles of the elder and the younger Adam respectively in the movie. Other cast members include Mark Ruffalo, Jennifer Garner, Catherine Keener, Zoe Saldana, and Alex Mallari Jr. The movie was released on March 11, 2022, on Netflix.

Josh Boone directed this American superhero horror movie that is based on the Marvel comic named ‘New Mutants’ created by Bob McLeod and Chris Claremont. The movie revolves around a young girl Danielle Moonstar who is also referred to as Dani. Dani is a Cheyenne Native American.

After her whole reservation gets devastated by a tornado, her father hides her in a tree. One day Dani finds herself in a hospital that is weirdly empty.

After her sense is restored, Dr. Cecilia Reyes tells her how she is not a usual human being, but an extraordinary mutant DNA. But the doctor suggests that she should remain in that hospital till she learns how to control her ability.

The cast members of the series include brilliant young actresses like Maisie Williams and Anya Taylor-Joy. Other casts of the movie are Charlie Heaton, Alice Braga, Blue Hunt, Henry Zaga, Adam Beach, etc. The movie was released on August 28, 2020.

The plot of the movie revolves around a schoolboy named Ovi Mahajan, the son of an Indian drug lord, who gets kidnapped and a black market mercenary Tyler Rake who is tasked with rescuing him.

Chris Hemsworth and Rudhraksh Jaiswal play the roles of Tyler Rake and Ovi Mahajan in the movie. The rest of the cast members of the film include Randeep Hooda, Pankaj Tripathi, Golshifteh Farahani, David Harbour, Sudipto Balav, Shataf Figar, Neha Mahajan, etc. The movie was released on April 24, 2020.

Doug Liman directed this sci-fi dystopian movie that is based on the book ‘The Knife of Never Letting Go’ written by Patrick Ness. The plot of the movie revolves around Viola who crashes lands on a weird planet with no woman and all men being able to hear others’ thoughts. On that planet, Todd tries to protect her from an evil mayor.

The cast members of the series include Daisy Ridley, Mads Mikkelsen, and Tom Holland. The movie was released on February 24, 2021.

Tim Story directed this superhero movie that is based on the Marvel comics of Jack Kirby and Stan Lee named ‘Fantastic Four’.