Georgina Rodriguez revealed the name of her baby daughter with Christiano Rolando! 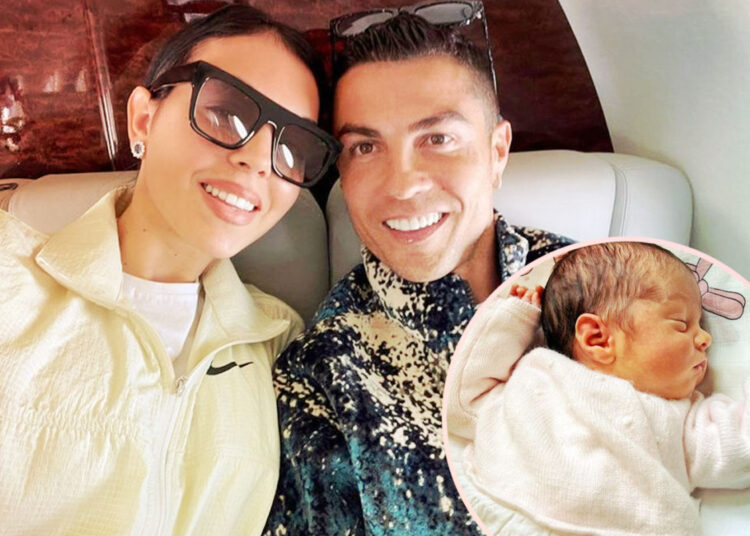 Georgina Rodriguez and Cristiano Ronaldo have finally revealed the name of their baby girl. Giving birth to a baby is almost like giving birth to oneself. It is almost like creating a new life in this world by own hands as the pain and emotion are present in the heart of parents.

Recently a lot of celebrities have become parents. Some became parents for the first time while others welcome one more child into their family members. Talking about giving birth then the recent news related to these things has surrounded the football player Cristiano Ronaldo and his girlfriend Georgina Rodriguez.

The couple has recently welcomed a baby girl into their life while on the other hand, they have also lost a baby boy from this world.

The couple that is Cristiano Ronaldo and his girlfriend Georgina Rodriguez was expecting twins. But due to some reason, they have lost their baby boy while delivery but at the same time, they have also welcomed their baby girl with all their hearts. If we talk about the details of the news related to their newborn baby then they have finally decided on a name for the baby.

What did Georgina Rodriguez and Cristiano Ronaldo have named their baby?

It was on 7th May that Georgina Rodriguez had to her Instagram and shared some news related to her new baby girl. It was the name of the baby that she decided to reveal. They have named their baby girl Bella. She has shared some pictures of her baby in which we have seen how she was sleeping very politely on her bed.

The couple already has a lot of children in Bella is the younger one. They are also the parents of Alana who is 4 years old. They also live with Cristiano’s own child: Cristiano Jr who is 11 years old, and then twins Eva and Mateo.

It was Cristiano Ronaldo who shared the news of the death of his baby boy first. Soon after he also uploaded a full family picture from the hospital in which we have seen how he was carrying his new baby girl on his lap.