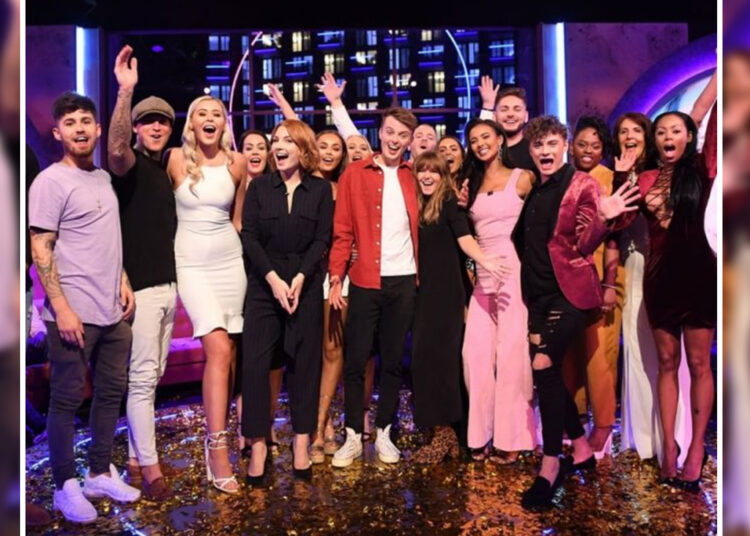 The Circle Season 4 Update: Motion Content Group and Studio Lambert produced the American reality competition show ‘The Circle’ that is based on the same-named original British TV reality show. In format, the series can be compared to ‘Catfish’ and ‘Big Brother.

The competition presents a number of players who live in different apartments in a single building. They are isolated from the outside world as well as from each other.

The Circle Season 4- All the communication that happens among them is through a specially designated social media app where they talk by texting. In this app, the players are able to present their personalities the way they want. They also secretly rate other players.

The series The Circle premiered on January 1, 2020, on Netflix and three seasons have already been finished. The winners of the first three seasons were Joey Sasso, Deleesa St. Agathe, and James Andre Jefferson Jr. respectively. The first episode of season four is set to air on May 4, 2022, on Netflix.

Now there are some more reality shows that you will definitely enjoy if you like ‘The Circle’ which you should give a try after you finish the upcoming season The Circle Season 4.

Too Hot To Handle–
Number of Seasons: 3
Laura Gibson and Charlie Bennett created this American British reality dating TV game show that presents ten adults who have a reputation of not being able to form serious long lasting relationships.

They are put together in a building for four weeks and are presented with a series of workshops and tasks. During this time they are allowed to mingle with anybody they want, but they are forbidden to involve with anyone physically. The monetary prize of the show is set to be reduced each time competitors break the rule.

The show is based on the reality show created by Larry David and Jerry Seinfeld called ‘The Contest’. The series premiered on April 17, 2020 with the second and the third season launching on June 23, 2021 and January 19, 2022 respectively. A fourth season has been renewed in February of 2022.

Love is Blind-
Number of Seasons: 2
Nick Lachey and Vanessa Lachey present this dating reality tv series which is one of the most popular reality shows of present time. The show consists of a series three weeks long events and is compared to shows like ‘Married at First Sight’ and ‘The Bachelor’.

The series deals with fifteen women and fifteen men all of whom are single. For ten days they are placed in a single place where they are free to explore love and find their potential partners. But there is one condition. They cannot see each other. The show really checks whether the popular saying is correct or not.

Love Island-
Number of Seasons: 3
Arielle Vandenberg presents this American dating reality show that is based on the same named British dating show by Richard Cowles. The contestants playing in this game are referred as the Islanders. For the whole time that the game will be on, they live in a secluded villa of Hawaii.

There is constant video surveillance for them. In order to progress in the competition, a participant has to couple ho with other participant. They may form a pair on the basis of love or friendship or solely for survival. The winning couple receive a huge amount of monetary prize.

The series premiered on July 9, 2019 on CBS. A fourth and fifth season of the series was renewed by Peacock in February, 2022.

America’s Next Top Model-
Number of Seasons: 24
Tyra Banks created and Ken Mok and Kenya Barris developed this popular American reality TV series. Each season of the series consists of 9 to 16 episodes where 10 to 16 contestants take part. They are judged on the basis of their weekly performance, best shot, appearance etc.

Insiders-
Number of Seasons: 2
Jose Velasco created this Spanish reality TV series. Najwa Nimri is host of the show. The show presents thirteen contestants who are gathered in a studio where they appear to be in the final stage of a reality show’s casting procedure. But the participants are unaware of the fact that they are already in the show. <span;>The show premiered on October 21, 2021 on Netflix.