by Sameeksha Rawat
Reading Time: 6 mins read
A A
1 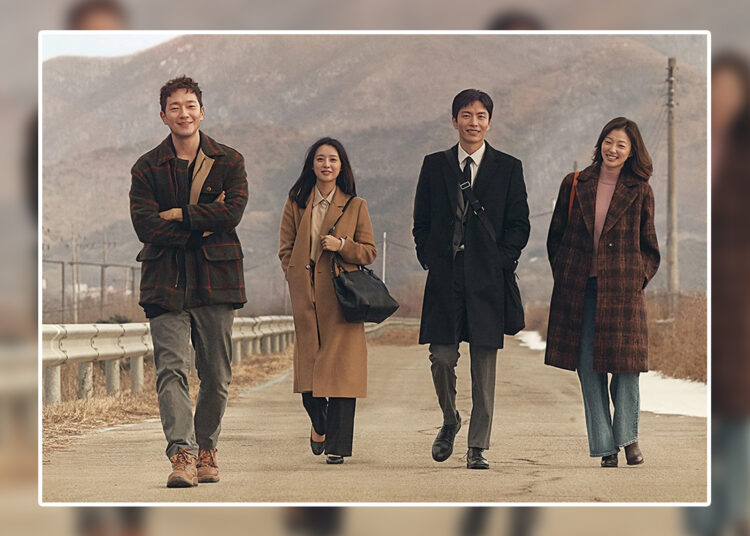 My Liberation Notes made its debut on JTBC and had been airing every weekend on Saturday and Sunday since April 9, 2022. The program so far only released five episodes. In addition, the sixth episode will air on April 24, 2022.

As a Korean serial, the drama has already spurred a lot of enthusiasm. Although most Korean fantasies are romantic, the current inclination is to seek various genres. Since many of these programs have earned a global prestige, it is reasonable to conclude that fans are still craving that love moment in these series.

My Liberation Notes has increased awareness with its fantastic plot and passionate discussions. The actors are outstanding at portraying their characters in the series.

What’s It All About??

My Liberations revolves around the bittersweet story of three siblings, Mi-Jeong (Kim Ji-won), Ki-Jeong (Lee El), and Chang-hee (Lee Min-ki). They all are facing hardship although they are trying to balance their life and remain happy. The story pilots around the three siblings along with them we see a stranger who is trying to make a life for them that they would love.

The only thing that the three siblings have consistently shared across them is the vision of a happy existence. They show the audience how their life would end up when everything goes their way. Also, as to how they wou told eventually respond to that situation.

The series shows the sibling’s severe desire to live according to their requirements in life. They wish to live in the town and want to enjoy all the luxuries that life could provide.

Although, living in the town comes with its downfall as it would only cost them a lot. Also, it would be very difficult for them to control their costs due to financial issues.

But this is nowhere near enough? As, these siblings are hiding deeper, and far worse truths. In addition, the showrunners have only made five episodes available so far. Leaving the viewers eager to want more and to find out what will happens next. The stranger in the series might have a major role to play in future episodes.

The problems that the characters found themselves in are quite relatable to the ones that are faced or e. We are always in constant need of more. As we always believe that we need more money.

Even though we might not need that much. But we always find ourselves questioning our ability to be good romantic partners or parents. In contrast, we are always obsessive about our looks. And also about the image that others have perceived of us.

We always tend to want to be loved. Also, wanting to find someone who can be loved by us in return. Not only do we always question who we fall in love with and why we care for them. Although, the things we long for are often just simple things. Like a way out for us from our day-to-day life or the chance to pass our responsibilities to someone else.

My Liberation Notes get deep into our understanding of these situations. In addition, it has also wrapped it all up into fitting subplots and character arcs.

Mi-Jeong’s and Mr. Gu’s are particularly binding with their idea of “worship”. Often, the characters are seen taking leaps of faith, both literal and symbolic. Although, we can find a lot of that being overlapped here. But what this show deals with is metaphorical. Neither it is bizarre nor didactic or “arty” in that is unbearable in its way.

The parallels between reality and imagination do make sense in context. Considering the loftier ideas are only the logical extensions of the very real-world circumstances faced by the siblings. Which triggers them.

Gi-Jeong’s far-fetched imagination of a giant robot doing things for her is something that we all have wished for at a point in our life.

Of course, we already know that these outlandish ideas aren’t real solutions. On the other hand, they’re not solutions at all, honestly. Rather they are symptoms of the problems that everyone one of us needs to be addressed. Just like how money cannot grow on trees.

Although, casinos and gambling dens can end up giving that illusion of a miraculous quick fix. It’s just that happiness isn’t something that just arrives fully grown, but it’s a plant that has to be nurtured and cultivated.

It requires making difficult personal decisions and also making sacrifices if essential. Although, it does require introspection and a sense of the wider world.

In many ways, My Liberation Notes deals with the pursuit of that purpose. It isn’t about finding an escape. Rather it’s about finding a place to belong. Both the things are nowhere near similar. Cause sometimes, where you belong isn’t the place where you actually find your heart at. You can’t seem to connect with it either mentally or geographically. Everyone in this show in the same sense seems to be relocated in their own respect. What’s great about the series is that it wants to make us follow along with them.

Also read, When Will Encounter KDrama Release On Netflix? Click to know