After watching Heartstopper Season 1, you must be craving for the more romantic series/movies so here we are with all of it.

by Manjeet Mahato
Reading Time: 4 mins read
A A
2 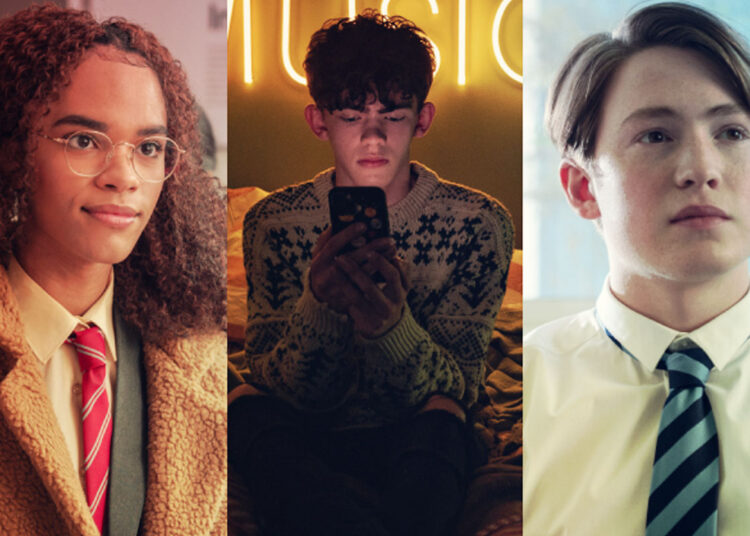 Euros Lyn directed the British coming of abe romantic series ‘Heartstopper’ which is based on the same-named graphic novel and webcomic written by Alice Oseman. The plot revolves around two British teenagers Nick and Charlie who study in an all-boys school.

After one day in class, the two sit together, and things quickly change between them. Though at first openly gay Charlie does not expect that he has a chance with Nick, gradually both of them realize how their friendship is turning into love. The series captures the essence of love, friendship, and loyalty mixed with mental illness in Nick and Charlie’s lives.

Kit Connor and Joe Locke play the roles of Nick and Charlie respectively in the series. The series was released on April 22, 2023, on Netflix.

Now there are some more romance series like ‘Heartstopper’ which you would like to explore if you enjoyed this series.

Evan Mujica and Ben York Jones created this American comedy series which is a parody of the mid-1990s teen culture. The series is set in the town of Boring in Oregon in the year 1996.

It revolves around a group of students attending a fictional school called Boring High School. The plot progresses as the students decide to make a movie together. Their romance, issues regarding sexuality, and mental health are all featured in the series.

Never Have I Ever-

Lang Fisher and Mindy Kaling created this American coming of age series that is loosely based on the childhood experiences of Mindy Kaling. The main focus of the plot is upon a fifteen years old high school student Devi Vishwakumar who is an Indian American Tamil girl.

After her father’s sudden death Devi is left with psychological trauma which affects her physically and mentally. But amidst all these, she also deals with her potential love story with one of the two boys- the brainy Ben and the hot Paxton.

Maitreyi Ramakrishnan plays the role of Devi in the series with Darren Barnet and Jaren Lewison playing the roles of Paxton and Ben respectively. The series premiered on April 27, 2020, on Netflix.

Shogo Kusano and Tadaaki Horai directed this Japanese series that is based on the same-named manga written by Wataru Hinekure. The plot revolves around two apparently straight men Ida and Aoki who fall in love with one another after a silly mistake.

When the series opens Aoki is in love with a girl who he thinks likes another boy. This other boy in turn thinks that Aoki has romantic feelings for him.

The man with whom Thom is having an affair is Jeremy. Despite being heartbroken by this news, Cal does not end the relationship. But things get more complicated when he cheats with Jeremy too.

Michael MacLennan created this American drama series which is based on the same-named novel written by Dhonielle Clayton and Sona Charaipotra. The plot of the series revolves around a ballet school in Chicago.

It features the lives of the students, administrators, and instructors of the school as they experience love, competition, and betrayal. Shane and Oren are one of the most significant characters of the series Shane is an openly gay dancer who has a secret relationship with Oren, his roommate.

All the dance performances in the series are done by the cast members themselves. Brennan Clost and Barton Cowperthwaite play the roles of Shane and Oren respectively. The series premiered on December 14, 2020, on Netflix.