In Gaslit Season 1 Martha will die to be in the Spotlight. However she is honest and never leaves the truth.

by Sameeksha Rawat
Reading Time: 3 mins read
A A
1 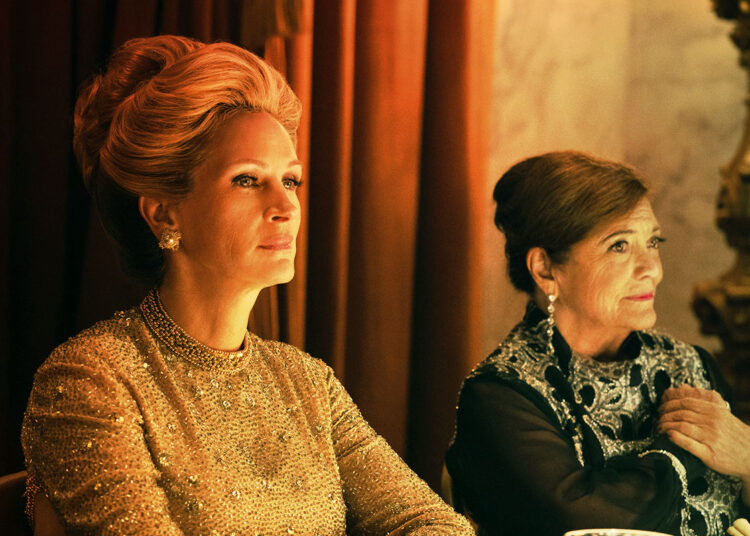 ‘Gaslit’ Season 1 makes everyone wish that Julia would get more juicy roles on the silver screen again. It probably won’t hurt to point out that Julia Roberts can be considered one of the most attractive and alluring performers to ever grace the screen. No matter whether it’s the big or small screen.

Political Corruption at Its Most Polite and Idiotic

Hollywood has already spent decades on the political mess that was the Watergate scandal unraveling, romanticizing, and unpacking.

Giving us works such as All the President’s Men to Frost/Nixon to The Post, giving us seemingly every angle.  Dramatizing every dark chapter in our American history on screen.

In addition, now Starz’s new series Gaslit is all ready to make it on the list. The narrative, is a twisted, at times borderline humorous approach to unpacking the scandal. This time revolving its storyline on Nixon’s incompetent, self-serving, and maniacal lackeys. Those who carried out his will with tremendous ineptitude.

According to reports, despite being the centerpiece of the Republicans, the real Martha was historically the first to publicly approve of President Nixon.  Revealing about his involvement in the Watergate scandal. Although this led her to sacrifice her relationships with everyone. Everyone whom she knew and loved, but gave up everything in the name of truth.

Gaslight,  is notably based on the critically acclaimed first season of the podcast Slow Burn. Created by Leon Neyfakh,  the story promises to justify the story of Martha. A woman had to be gaslit by everyone around her to speak about the truth. But even through all the hardship still tries to do what she believes is right. Knowing the feeling of what’s the right thing to do is, to tell the truth.

Also, the show delivers emotional parts of getting to her story. Often visceral take on Martha’s anguish, dealing with the psychological unraveling, finding itself being dragged like Nixon’s presidency, overpowered by the surrounding idiocy.

Other Side Plots That Steal Spotlight

While this show is based on the Martha Mitchell story. We often find her only being one-third of the pie. While for the rest of the part we seem to spend time following Dean and Liddy.

Whenever they find themselves wrapped up and falling prey to seemingly unnecessary conspiracy inside Nixon’s campaign to re-elect. While we all are already aware from the history books is condemned from the start.

With so much attention focused on these fools most of the time. We often find ourselves wondering about Dean being the story’s protagonist. Considering the fact that he’s a soft-spoken, naive Nixon idolizer. He somehow seems to find himself wrapped up in crime leaving him to wonder that he’s never really the man to commit.

Dean’s naive nature hardly requires the screen time he is getting. Considering that he is blinded by ambition, showing a transparent longing for validation.

Gaslit Season 1 will be released 24th of April.