Hailey Baldwin And Kylie Jenner Seen Together In Same Leather Jacket At Coachella!!

Hailey Baldwin with her friend Kylie Jenner was there at Coachella to enjoy the performance of Justin Bieber in same leather jacket!! 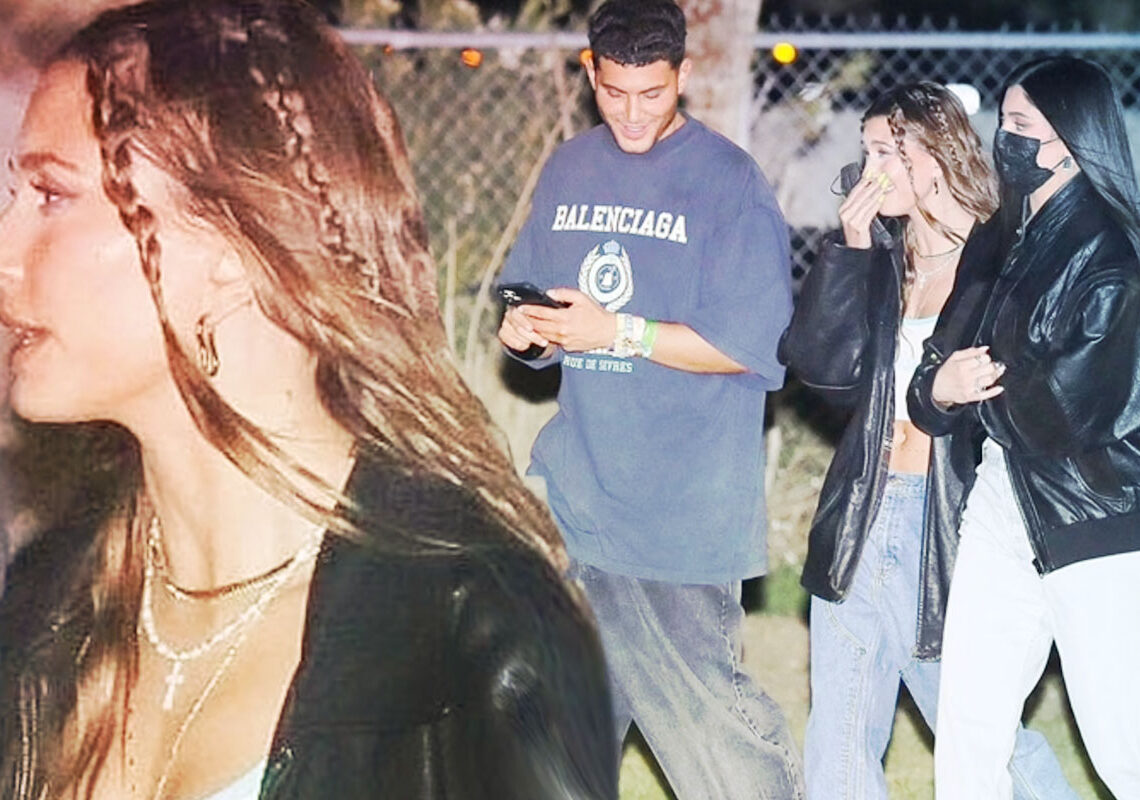 The best friends Hailey Baldwin And Kylie Jenner were spotted together wearing the same leather jackets. Friendship in Hollywood is never going to get out of date. There are a lot of celebrities in Hollywood who are more than friends, it seems like they are their sisters. Due to their bonding, we sometimes get confused.

We know well that celebrities in Hollywood do care about their friends and they try to maintain this bonding till their last breath. That is the reason why we see them generally hanging out with each other and sharing almost the same kinds of clothes. The same thing happened recently between Haley Baldwin and Kylie Jenner who shared almost the same leather jacket.

Hailey Baldwin who is a famous model as well as the wife of Justin Bieber was recently seen and her husband’s Coachella performance. She was not there alone with her husband but also having the company of her friend Kylie Jenner who is also a model and a businesswoman. Both models were seen wearing almost the same leather jacket during the performance of Justin Bieber.

It was 15 April, Friday night when we have seen these models together twinning at the Music Festival. They both were wearing white tops and faded denim jeans along with matching leather jackets. Hailey Baldwin was there to support her husband while on the other hand, Kylie Jenner was there to enjoy her friends Justin Bieber’s music.

The makeup of both the models was almost the same and they both were looking very beautiful together. Hailey Baldwin was in locked hair while on the other hand Kylie Jenner was seen in open hair.

Kendall Jenner also shared some pictures on her Instagram with her friend. Recently we have also spotted Kylie Jenner holding the tequila bottle of her sister which is 818.

It was not the first time when we have seen this beautiful duo together. We have seen them enjoying a lot of fashion shows as well as music performances.

If we talk about other artists who performed at the same event then it includes Harry Styles as well as The Weeknd. We have also seen artists like 21 Savage and Lil Baby. If we include some names in the guest then we have also seen Leonardo DiCaprio as well as Orlando Bloom.