by Manjeet Mahato
Reading Time: 6 mins read
A A
0 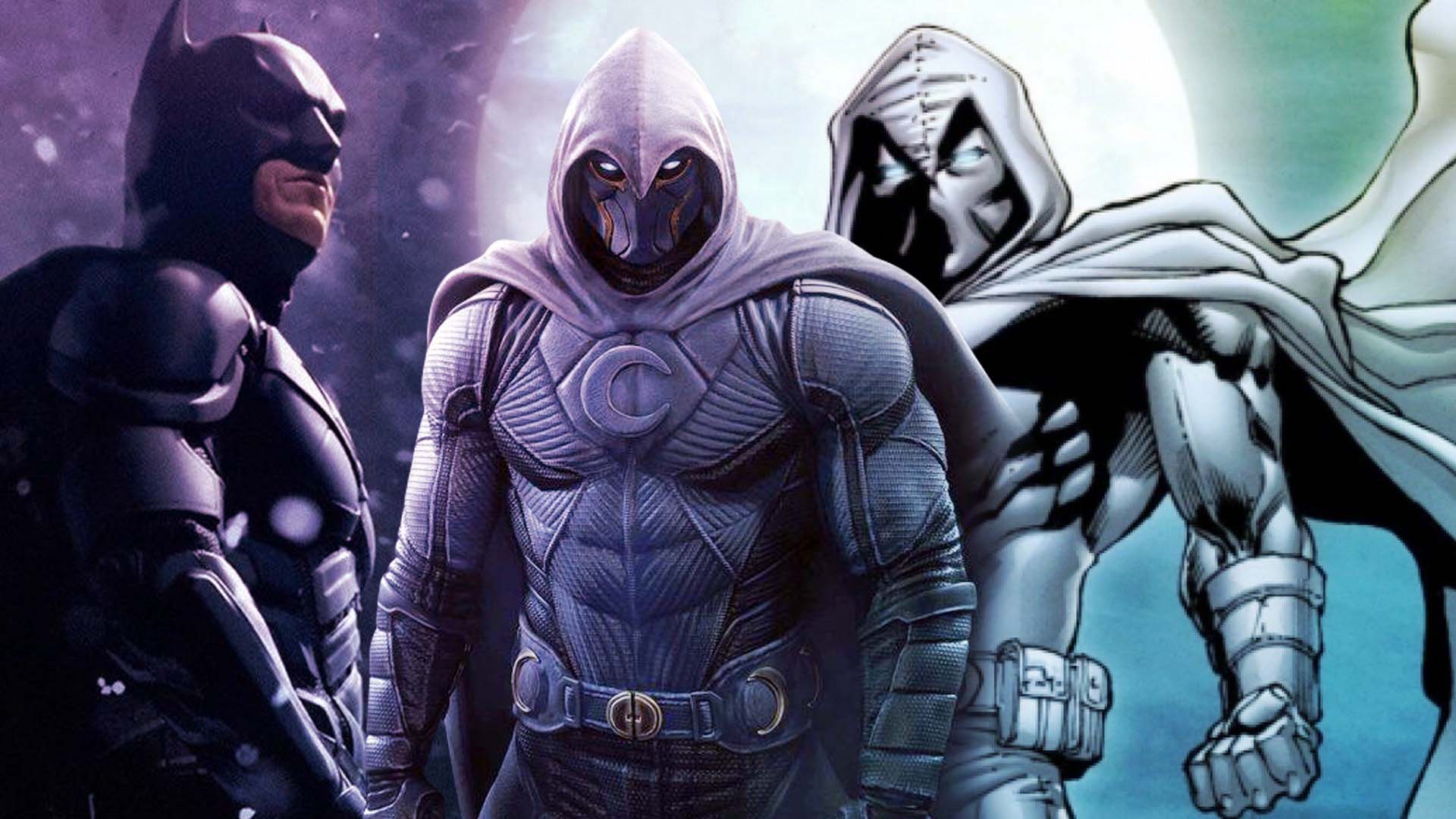 Moon Knight is one of the most famous anti-hero characters in Marvel Comics and Marvel has recently dropped the trailer of the series which will be released on Disney Plus on March 30, 2022.

Most of the fans may have already watched the trailer, so today we will discuss the origin of the character in the comics and why few comics readers called Moon Knight the Batman of Marvel Comics. Today I have seen the trailer of Moon Knight – The marvel’s mark Spector spectacle on disneyplus.com, I did and good lord I never thought I’d be happy to see Oscar Isaac violently beat a stranger’s meat in a public restroom in the name of religion.

Because that’s exactly what he does in our first look at Moon Knight for marvel studios but just who is this Marc Spector guy anyway and why has he historically been a moon of many faces in the marvel comics. Well let’s go ahead and dive into it, Moon Knight is of course former mercenary Mark Spector and also a cab driver Jake Lockley and also millionaire Steve Grant, Actually, Mark Spector just suffers from an illness called Dissociative Identity Disorder or DID, a disorder that kicked into high gear when his childhood rabbi turned out to be you know the racist killer of Jews a former Nazi “Hitler”.

His parents had escaped Germany and shifted to New York when he was a child. But visuals of killing and violence had created the two different personalities of him. This disorder would eventually lead to the creations of Spector’s Jake Lockley and Steven Grant personalities but before he partied with personalities Mark was in the marines and then he ran away before being dishonorably discharged which is you know a bummer because he is sick.

Also Read: Daredevil Season 4: Will it be on Netflix or Disney Plus? – How it could be like in MCU?

And then after lending his services to the CIA for a little bit he would eventually end up becoming a gun for hire and meeting up with his future BFF for life the cult leader. During his time doing sketchy with bullets for money because that’s basically what being a mercenary is and eventually doing sketchy mercenary would find Frenchie piloting mark to the border of North Sudan and Egypt to do some good old-fashioned Angelina Jolie brand tomb raiding at the suggestion of this crazy dude named Raoul Bushman.

Raoul is another mercenary from the fictional African nation of Virunga and when I say this dude is crazy I mean like tattoo a white skull on your black face because you want to see the fear in your victim’s eyes before you kill them the type of crazy. Which are you know very similar to Walmart crazy but still somehow not as scary but needless to say mark and Frenchie quickly realized that they made a huge mistake by giving these maniac bushmen more than five minutes of their time.
But Mark would ultimately regret it the most when Raoul Bushman beats his ass and then leads him to die in the desert you know after mark dared to show outrage for bushman’s murder of innocent civilians.

Archaeologist’s father of Marlene Alraune while the two of them were in Egypt looking for cool sandy old stuff in the tomb of the ancient pharaoh Seti and they found Mark Spector in dire need of a blue Gatorade. Then they took him from there to the African desert all the way to that very same tomb of Seti and collapse in front of the statue in that tomb called the statue of Khonshu the Egyptian god of the moon and vengeance.

But however when the mark was about to draw his very last breath conscious himself the blue Gatorade of moon power and save his life by transforming Mark Spector into the conscious mortal fist of revenge on earth the Moon Knight.

And then after this, Mark would go on to start a romance with Marlene and go on to fight evil in conscious holy name with Frenchie as his pilot in the chair guarding the innocents who walked the night in the most brutal of fashions with bushman a character called the sun king and mark’s own brother Randall Spector as Shadow Knight.

After that Mark as Moon Knight tried to avenge Raoul Bushman, But he ran away after which Mark returned to New York and started fighting to stop the Evils in the city, and spend all the money of his personality Steven Grant and took the help of his another personality Jake Lockley to investigate the crimes.

He became the proper vigilante using both his personalities and created his own suit and armor, He was immortal because of Khonshu’s gift so he is one of the most unbreakable Superheroes in Marvel Comics. So this was the Origin of Moon Knight in Comics, and I think Disney has taken the original storyline as we can see the Cult Leader, Egypt connection, and the different personality disorder of Mark Spector.

It would be very interesting to watch the Moon Knight TV Series, as we will going to watch how Marvel will fit the origin of the character in Marvel and where he was since a long time when he was required during the Avengers: Endgame, Was he also the part of Blip or is he based in another Universe.
It will be fun to watch him on screen and how Marvel will forward the storyline of Moon Knight and connect it with the New Avengers Team.

As the trailer of Moon Knight which was dropped last night on Youtube, it’s mentioned that the TV Series will be released on 30 March 2022 on Disney Plus.

Why Moon Knight has always been compared to DC’s Batman? the answer to this question is simple because of his powers. Moon Knight has immortality and he uses various gadgets and one of his personalities is very rich as like Batman and he creates gadgets for himself to fight at night. That’s why various comic book fans called him Batman of Marvel.