Noah Schnapp Updates: Stranger Things star Millie Bobby Brown is not as serious in real life as her character Eleven in her hit show and she always likes to prank other people. Especially her best friend and the one among them her favorite is her co-star Noah Schnapp.

They both have filmed Stranger Things for a long time and the show is completely hit among the audience and also its next season is on the way to release.

So recently actor Noah Schnapp went for an interview to talk about the new company he just launched named TBH which will be a snack company and also the upcoming season of the popular series and give us some updates and funny moments. On which he shared a good story.

So he explained that when the Season 4 shooting was going on Millie brought 2000 water balloons to prank him. So he said like “On our last day of filming season 4, Millie, she got the whole crew together and she bought like, 2000 water balloons, “She called me back to our base camp to give her a hug goodbye. I got there and I was like, ‘Where is she at? Let me go say goodbye.'” “Her and 30 other crew members came out behind the trailers with each, like, 100 water balloons, just chucking them at me!”

Noah Schnapp Shared The Best Part of the Prank 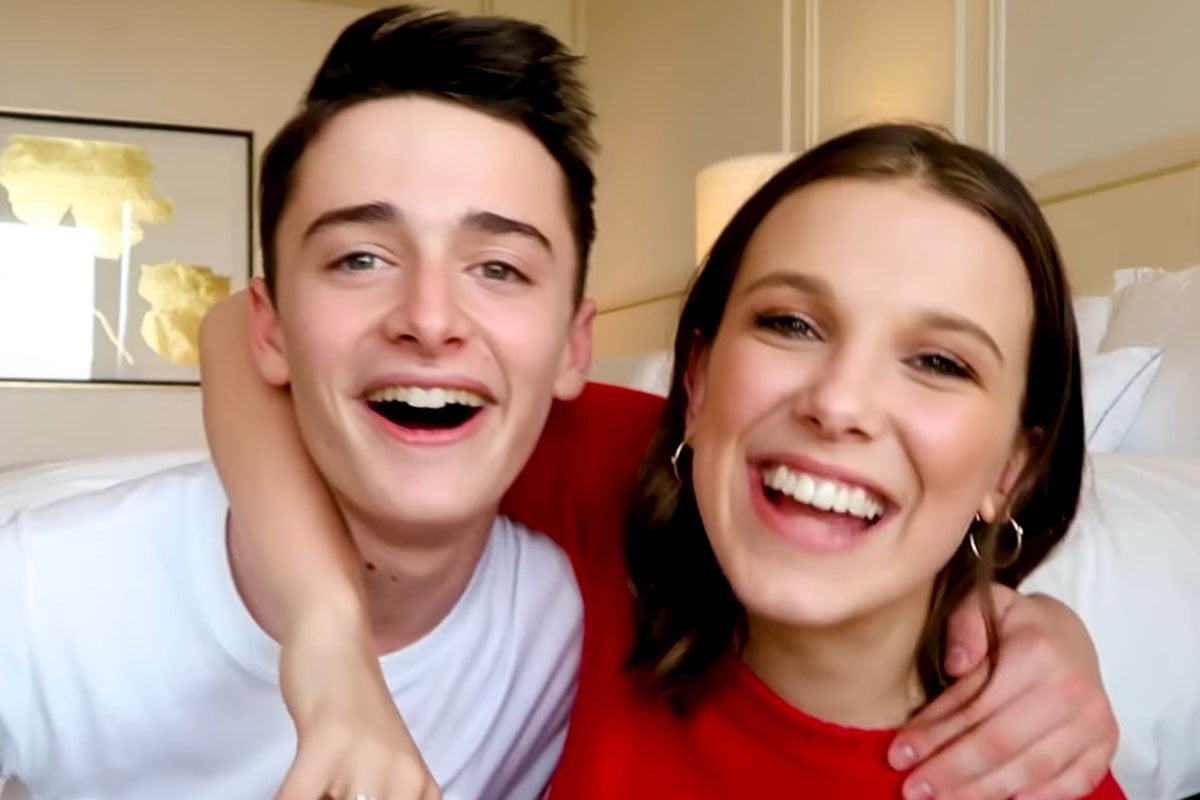 Just Jared Jr.The best part of it was it was a night shoot and they have to spend the whole night there filming.”The whole night, I was soaked. Dripping,” recalled the actor, who plays Will Byers on the hit show. “The costumes [team staffers] were mad. They had to blow dry my whole costume.”

He not only talked about the show and his best friend but also he talked about his upcoming company named “TBH” which means To Be Honest which will produce a chocolate spread of good quality without Palm Oil and the harmful mixture.

It will be the alternative to the famous product “Nutella”. He said that “I think there was a missing place in the market for a product like this — an alternative to Nutella that’s not only better for you, but better for the planet,” said Schnapp, who uses TBH in his protein shakes.

Stranger Things Season 4 Will Be Messed Up!

Stranger Things Season 4 Star is Returning for 1 Episode only