Spider-Man No Way Home is one of the much-awaited films of Marvel Cinematic Universe, Tom Holland’s starring movie will be one of the biggest films after Avengers: Endgame, a Few days ago Tom Holland shared one behind the scene from the movie in which he Spider-Man is fighting with the  Doctor Octopus. The movie is much-awaited as the film will totally be based on multi-verse and we will see two more spider-man, and villains from the Sony’s Spider-Man Universe and with the End Credit of Venom: Let Be the Carnage it’s expected that we will be able to watch Venom on the screen too.

Spider-Man No Way Home- Peter is fighting with Doctor Octopus

Tom HOlland on his Instagram posted one pic in which Spider-man is captured by Doc. Octopus in his tentacles. Tom Holland captioned it

Absolutely no cgi in this picture. Method acting at its finest. @spidermanmovie

In this post, we can see our spidey has been captured by Doc and trying to get released, But he is captured by the two tentacles one is around his body arms, chest, and back and the second one is on the top of his head. On his post, there were millions of heart react and thousands of comments mostly regarding his caption which says No CGI in the scene, but the scene is showing Iron-suit of the spider-man.

The Instagram user with name _novartist_ commented “No CGI? The iron Spider suit: am I a joke to you?” 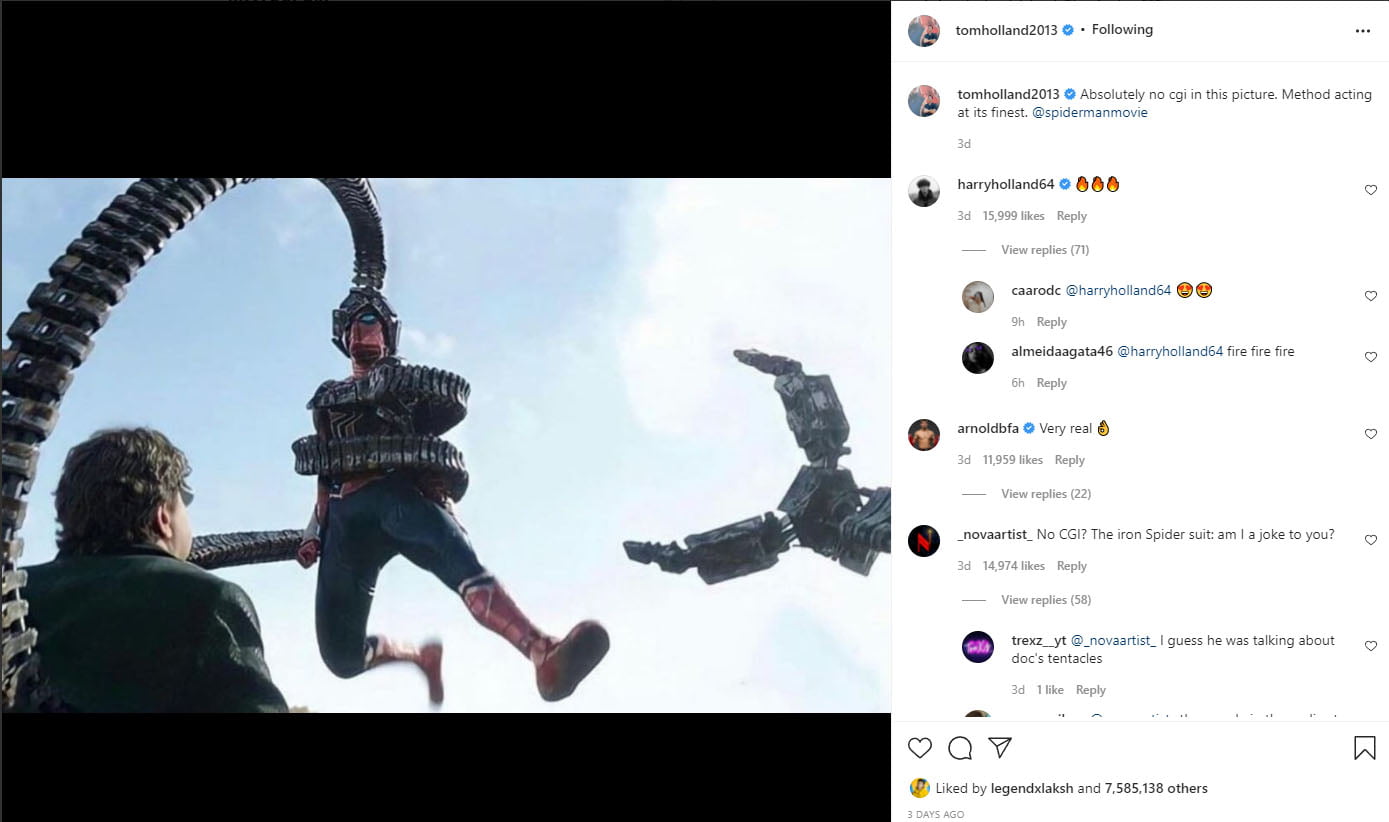 Arnoldbfa commented Very real 👌 Later on this post, Sony commented to wait for the trailer.

About the Release Date of Spider-Man No Way Home

The SONY and Marvel have not said anything about the official trailer but as per the rumors, we can get the trailer of the film sometime in November end or December. Marvel has released one trailer two months earlier and it was well-received but the fans of SONY and Marvel both.

As per the trailer, the film will hit theaters on December 17, 2021, worldwide. If you are eagerly waiting for the film, Please let us know in the comments below.

Tom Holland Says Spider-Man: No Way Home Is Like the End of a Franchise

Tom Holland New Suit Is Revealed in the Spider-Man: No Way Home Toy

Yellowstone Season 5 Renewal Status and What to Expect?