After Life Season 3 Release Date Updates: Will there be a new season? When is it coming out? 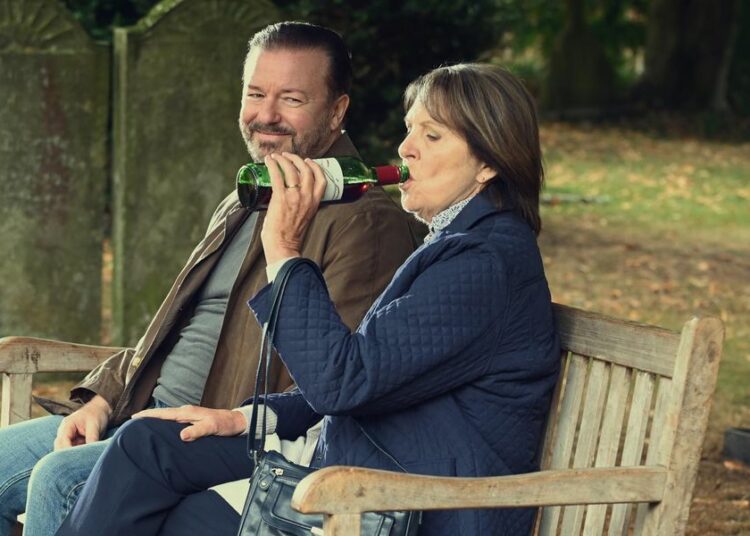 After Life Season 3 Updates: After Life is a British Black comedy-drama streaming TV series. It was created and written by Ricky Gervais and was produced by Charlie Hanson. It was first premiered on 8 March,2019 on Netflix while the second series premiered on 24 April, 2020.

The series has been successful in scoring 8.4 out of 10 on IMDb and 90% audience score on Rotten Tomatoes. This hence proves that the series has been able to win the hearts of the audience with its heart-warming scenes and also never fails to make the audience laugh with its comedy elements. In such a short duration, the show has become a favourite of most of the viewers.

The show has had two seasons until now and both of them have been successful in winning the hearts of the people and have also gained a lot of profit. The first season was premiered on Netflix on 8 March, 2019 while the second season premiered on 24 April, 2020. Each season has 6 episodes which counts to a total of 12 episodes altogether .

Is there a possibility of After Life Season 3?

The confirmed news about a third season of the show was announced back in May, 2020.On 6 May, 2020 ;Netflix and Gervais signed in for many more projects which also included the renewal of After Life for a season 3.

This made the fans jump out of excitement but this was soon turned into a sad moment when the producers announced that the third season would be the final season.

There isn’t much information or update revealed to the public regarding the third season of the show. We can only predict about the possibilities of events. Looking at the past pattern of episodes in the previous seasons, the season 3 might also have the same number of episodes that is 6 episodes. Recently, a report of IMDb has also stated the same.

The creator and writer of the show last week, Ricky Gervais has recently shared a photo on his Instagram where he’s seen holding a clapboard which states that the filming of the first episode of the season has already started.

Since the filming of the season has just begun last week, the official date of release hasn’t been unveiled yet. With the pandemic still at it’s peak stage it’s almost impossible to even predict the release date as everything is uncertain now.

It might so happen that the producers might have to postpone the filming of the show which will further delay the release. However, if things go right and the filming is completed without any obstacles then the fans might be able to see the third season being released by early 2022 or by mid of 2022.