On a  YouTube series ” Speak On It”, Deora opened up in front of Kandi Burruss on how Nicki Minaj has body-shamed her 3 months postpartum.

The new ensemble in The Real Housewives of Atlanta, Drew Sidora; proves her audacity. Sidora admitted to her introverted nature and finds RHOA as an opportunity to be herself.

Drew embraced the YouTube series with her presence on the 13th of December. The lady dished on an uncomfortable interaction she had with the rapper Nicki Minaj while she auditioned for an ABC sitcom based on Nicki’s childhood.

The 35-year-old star, recalls how she was told” Girl you don’t look how you look in TLC. In 2013, Drew starred in the TV movie CrazySexyCool: The TLC Story. Drew claimed that Nicki made the comment when she auditioned for the ABC family series.

Drew Sidora had successfully cleared 5 rounds of audition for her shows featured on ABC.

Nicki and Drew aired to have a close bond. Drew was anguished by this comment by her friend. She was caught off guard and later expresses her situation after her delivery.

Drew was amazed to hear such comments by Nicki herself; who has also recently delivered. Sidora also considered Minaj’s comments as ‘constructive criticism’ and ‘advice’ to begin her weight loss journey. Drew decided to quit the excuse of the birth and hit back the gym.

Drenched in motivation drew decided to resume gym and get her career back.

The actress is most known for her recurring roles as Chantel in Disney Channel Original Series That’s So Raven., as Lucky Avila in Step Up, as Tionne Watkins in The VH 1 TLC biographical film, CrazySEXYCOOL: TLC Story, and the comedy series The Game.

The actress expressed the hard work she endured from being a child artist to her singing efforts during her career. The Chicago native recently moved to Atlanta and was introduced in the 13 seasons of RHOA to fill the void after the departure of NeNe Leakes.

Nicki Minaj Showed Off Her Natural Hair And Make Up Free Look!

Abbott Elementary Season 2: Everything we know about the Series 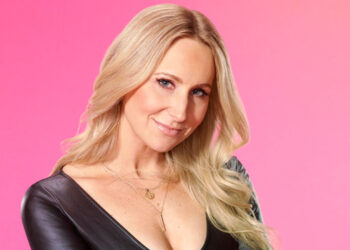 Halle Berry Shares Her Dancing Moves While Dancing on Sofa