Fear the Walking Dead Season 6: Reveals about Alicia and Strand 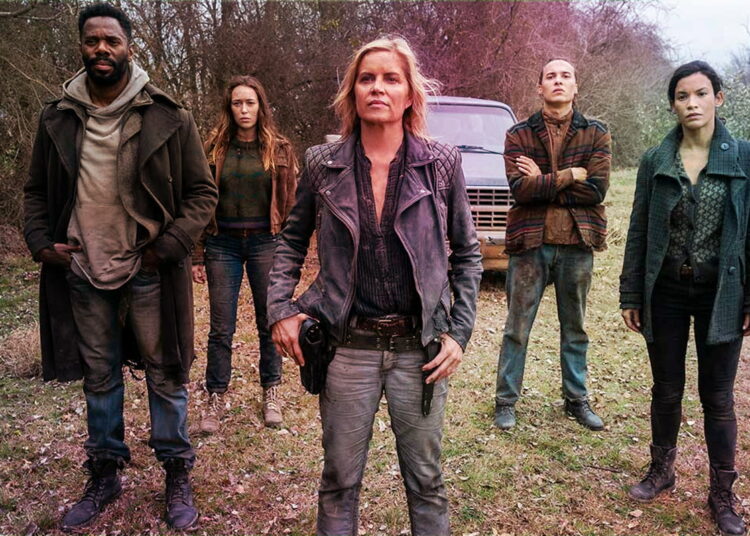 Fear the Walking Dead Season 6 Updates: With last Sundays, premiere Fear the Walking Dead has adopted an anthology and story structure which focuses on the very much alive Morgan, who survived the wrath of ax-swinging, baked bean-eating’ bounty hunter Emile LaRoux who is hired by none other than trailblazing Virginia by the end of the episode it looks more like the fighting spirit of Morgan is rejuvenated.

We can see Alicia and Strand struggling to navigate Virginia’s thriving settlement on this Sunday’s episode where they are delegated less than desirable societal roles.

Dawn the dirt roads of Lawton Alicia and Strand are escorted in handcuffs in the new clip, where they meet a friendly teenager named Dakota, who bears a striking resemblance to a redheaded boss lady and claims that he knows who they are.

The official synopsis of the episode tells that Alice and Strand are forced by Virginia to clear an unusual walker threat, where Strand gets an idea that from the encounter with a new ally that could be the key to their freedom. It also stands a reason to think that Dakota would be the new ally and also in fact could she be Virginia’s blood? It looks that way but we’ll find out surely on Sunday. Alice and Strand seem to get along with her but virtually no one on the show is exactly who they appear to be on the surface.

Recently, Domingo told Den of Greek that in this season we’ll be seeing the ultimate version of Victor Strand emerging. In last season it was hinted that Strand may be considering working with Ginny or working for Ginny in some capacity and according to the synopsis, he’s got a big idea. The handcuffs certainly indicate that he isn’t exactly thriving in Lawton but he chooses to help Ginny’s mission to expand her operation which could drive a serious rift between him and his old friends.

Also, Sunday’s episode was directed by Morgan himself about which recently Lennie James spoke with Den of Geek about the experience of getting behind the camera for the first time.