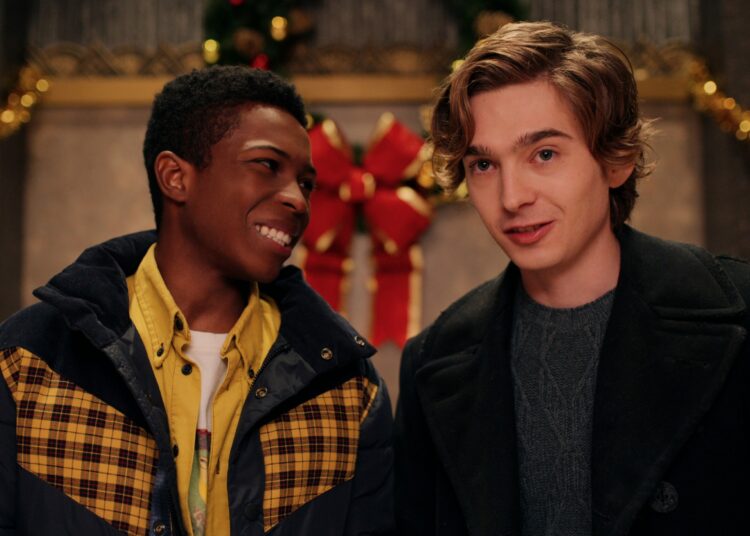 Dash & Lily update: In this sci-fi Esque like peril surrounding this year, movies and TV series are a savior to lighten things up. Netflix surely is a game-changer when it comes to experimenting with genres, rom-com in specific and one of such drama identified to be fit for a perfect holiday mood setting is  Dash and Lily. Based on the novel namely ‘ Dash and Lily’s Book of Dares’, this literary series is a  take on youthful and frothy coming-of-age connotation.

Also harboring attention for the fact that is Nick Jonas is the producer of the show which ensues a question if he is in for a small cameo.

For what it’s worth he is very pumped for this project and took it to Instagram to flash its a poster and the release date of Nov 10, he is “very proud of it and cannot wait for everyone to finally watch it in the holiday season”.As listed by IMDB, he does not want to steal the show with an appearance, so is strictly confining to his producer role.

Dash & Lily: Cast- Who will return?

The main couple pairs up actor Midori Francis recently spotted in the movie ‘Good Boys’; as Lily opposite Austin Abrams, known for his roles in The Walking Dead, SMLF, Euphoria; as Dash. Beyond the titular characters there’s Dash’s easygoing best friend( Dante Brown), his ex-girlfriend   Sofia  Keana Marie) and Lily’s brother Langston (Troy Iwata), and a grandfather and great -aunt as her family.

What more do we know about this adaptation?

Following its storyline from the three-tiered young adult novel about finding unlikely love in New York City, it could gain wide viewership on this streaming platform. A precocious, dimpled, and bubbly girl named Lily is hoping of discovering love this holiday, on the contrary, cynical Dash likes to spend away his holidays by himself ‘watching depressive foreign films’.

The two cross their off-beaten paths as they anonymously trade their dreams and desires, finding a lot more in common with each other than expected, as directed from Its official synopsis.

However, we still got eyes for how it keeps up to its original and is definitely reserved as one of the most anticipated releases this holiday.

That’s all we have, for now, stay tuned in as we keep you posted on the most current updates from  time to time