by Anjali Bansal
Reading Time: 4 mins read
A A
0 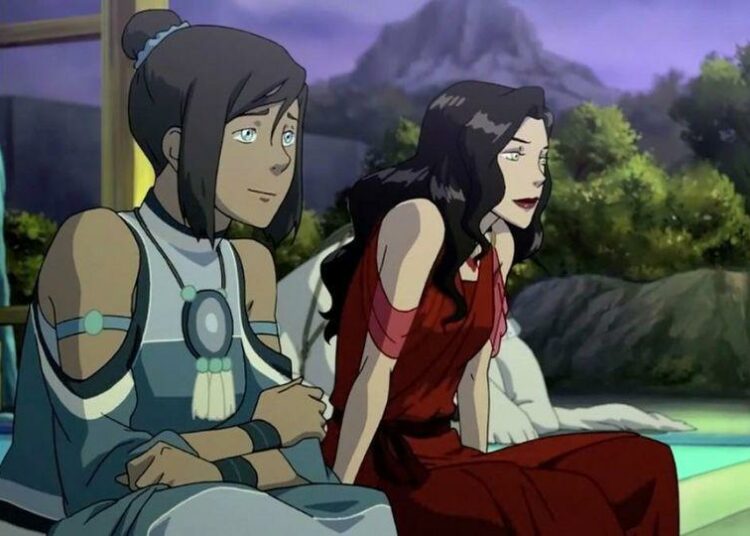 The Legend of Korra Updates: We have seen many traumatic experiences over four seasons of “Legend of Korra”. After this sensational show showing us, romance, action, betrayal, and a decent happy ending, there are many questions among the audience which make fans to create pinch in their brows.

The relation between Korra and Asami

In the ending scenes, we find Korra and Asami walking their way to Spirit World, hand in hand for a holiday. In Turf wars, these two women are seen, having a good time swimming, and relaxing and finally admitting their feeling towards each other. After returning to Republic City, they made their way out as a strong ever-lasting couple.

Korra’s parents, after knowing her relation with Asami’s advice that according to Water Tribe customs she should keep their family matters private.

Korra after returning from the holiday learns, Keum, land developer, bought land, the new spirit world portal resides on, and tries to turn the area into a for-profit tourist spot.

While spirits, to avoid being hurt by humans wanted Korra to close the portal, which makes her insist as it is important for the two worlds to co-exist. In order to protect the portal, Jinora and Airbenders volunteer to help.

Korra must also deal with the housing crisis created bt Kuvira, a president who is more interested in re-elections.

Tenzin Zhu li was suggested to run against Raiko, due to his terrible leadership, which made Varrick carry out a request, for which, Korra and Asami helped to convince her.

Fought for democracy in the Earth Kingdom

King Wu after dissolving Earth Kingdom’s monarchy to a democracy, Wu ask Korra, Asami, Bolin, and Mako to ensure the smooth run, however, news of a faction of Kuvira’s Earth comes out, led by Commander Guan, plan to march on Gaoling

The help of an Enemy

In the case of Commander Guan, Korra seeks Kuvira’s advice on getting Guan to surrender in a peaceful manner, for which she advises, Guan would only listen to Korra, which makes her realize, maybe she’s right.

After Kuvira’s advice Korra for a talk, Guan refuses, in surprise, Guan wasn’t for a battle but to run governor of Gaoling. To prevent this, Korra and King Wu travel to Foggy Swamp in order to convince Toph Beifong to stand against Guan, to which Beifong agrees.

Kuvira parted off from Metal Clan and raised by Suyin’s family, then Kuvira becomes a Full-blown dictator, later to which she regrets the harm caused by her, even though not taking the full responsibility. By Korra putting trust in her, she was finally able to redeem herself in eyes of Suyin.