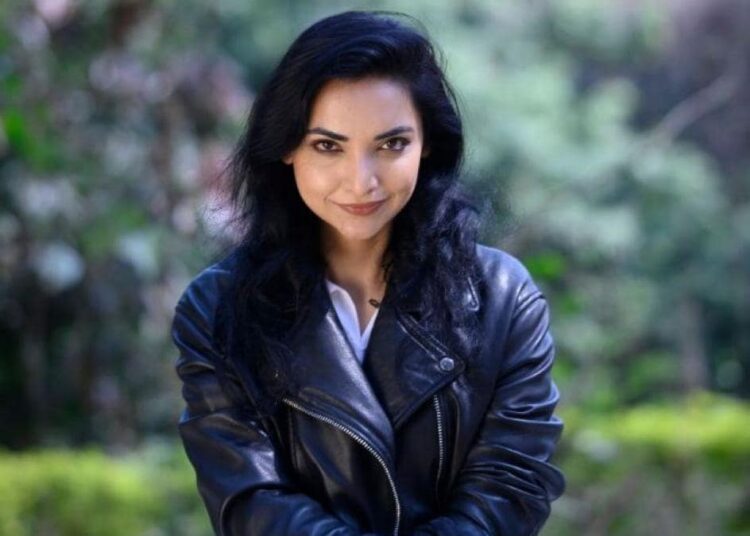 Pushpam Priya Choudhary CM Candidate Bihar Election 2020: Recently, an advertisement has been afloat in newspapers, media, social media covers, and many other places. The advertisement depicted a woman highlighted in a black, library background and below the image, it was quoted ” You focus on climbing the ladder and let us deal with the snakes.” There is also a highlight in the post which reads as,  “Bihar deserves better, and better is possible.” The woman in the picture was very well-identified to Pushpam Priya Choudhary and became a trending sensation in social as well as political communities.

Calling herself to be an aspirant of the chief ministerial election, Pushpam, says that she is the president of one political party called ‘Plurals’.  In the ad, she articulates that, she believes Bihar to have the potential to do much better and not just glorify about it being the oldest republic. She promises that her political party shall act as a means to achieve these ends.  Along with all these, she also promises that if she becomes the chief minister, Bihar will surely become the most developed state by 2025 and it will be at the same level of development as the European Countries. Below a toll-free number is also attached to join plurals but the call does not get connected at all.

Tracing about Pushpam Priya Choudhary background, it was discovered that her father, Vinod Kumar Choudhary was a former leader of Janta Dal. Vinod Kumar originally belonged from Darbhanga’s Laheriasarai and he was in the profession of journalism for about 20 years.

Pushpam Priya Choudhary is not a single child. She has an elder sibling who is in the Civil Servants Department of the UK. Talking about her education, she has been an ex-student of Darbhanga’s Holy Cross Missionary School and has been an alumnus of the University of Sussex in the batch of 2016. Later she accomplished to receive her Master’s degree in Public Administration from the London School Of Economics previously in 2019. Her occupied days made it very difficult for her to go home except on some special occasions.

A look at her twitter handle can give us a very clear explanation that she has been thinking to be a part of the Bihar Assembly polls since last year. Her father completely trusts in the potential of the next generation to bring about a change. The same has also been commented by Political analyst Mahendra Suman, awaiting the next election.