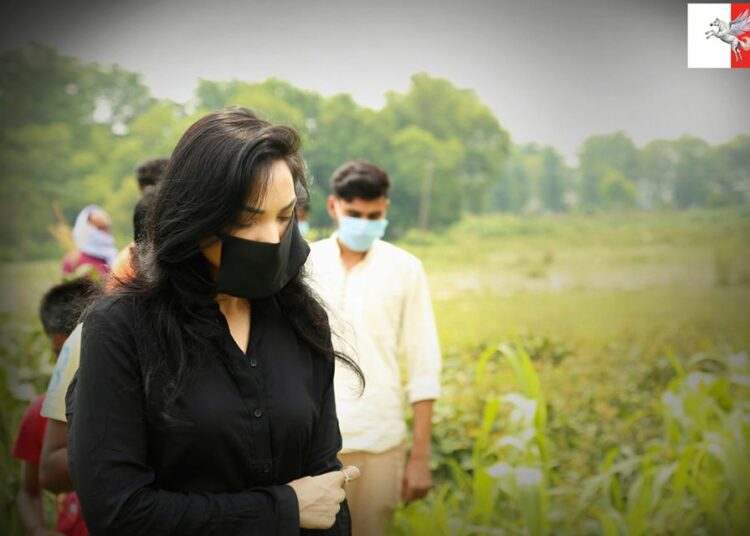 Bihar Election 2020 icon Pushpam Priya Chaudhary: Recently, in various Hindi and English newspapers in Bihar, an advertisement for two-pages was published. The advertisement brings a lot of discussion among the masses. It contained a woman with a backdrop in front of a library with a caption “You focus on climbing the ladder and let us deal with the snakes”.

The woman in Black is Pushpam Priya Choudhary. Pushpam Priya Choudhary announced her goal to challenge JDU supremo Nitish Kumar in the upcoming Bihar Assembly Elections. She is here to challenge the inept and feeling less incompetent politicians of Bihar and she is going to contest the election. She appealed, through her party’s website, to youngsters to support and Join her in challenging the system.

Her party is named PLURALS which she doesn’t just call a party but a revolution. The party is based on the idea that each life is important and has the right to be treated as an end in itself and not only as an unfortunate obligation.

Pushpam Priya Choudhary and the PLURALS

She is Former Janata Dal-united (JDU) MLC Vinod Choudhary’s daughter, who is a close compatriot of Nitish Kumar from his Samata Party days.  Pushpam has done her schooling from Darbhanga’s Holy Cross Missionary School.

She is an MA in Development Studies from the Institute of Development Studies, University of Sussex, UK, and a Master in Public Administration from the London School of Economics and Political Science, UK. She had taken a pledge to convert Bihar into Europe by 2030. The ad distributed in the papers specifies Pushpam as ‘President, Plurals and CM Candidate in Bihar 2020’.

“Plurals” is here for positive politics and it doesn’t trust in reactionary politics which has harmed the plan of genuine improvement in this nation,” the Party site says.

Pushpam was in London for a long time. Since the time she moved there for her study, she has barely come home apart from several occasions.

Pushpam Priya’s Twitter handle uncovers that she had been demonstrating that she planned to enter the brawl in Bihar’s assembly polls since November 2019.

Talking about his daughter’s choice to challenge the Assembly election and contest it, Vinod Choudhary said that she is a grown-up and an educated and that it is her choice.

Party will obviously not uphold it in the event that she is challenging the top head of the party, he added.