The Babysitter: Killer Queen, Explanation of the Ending 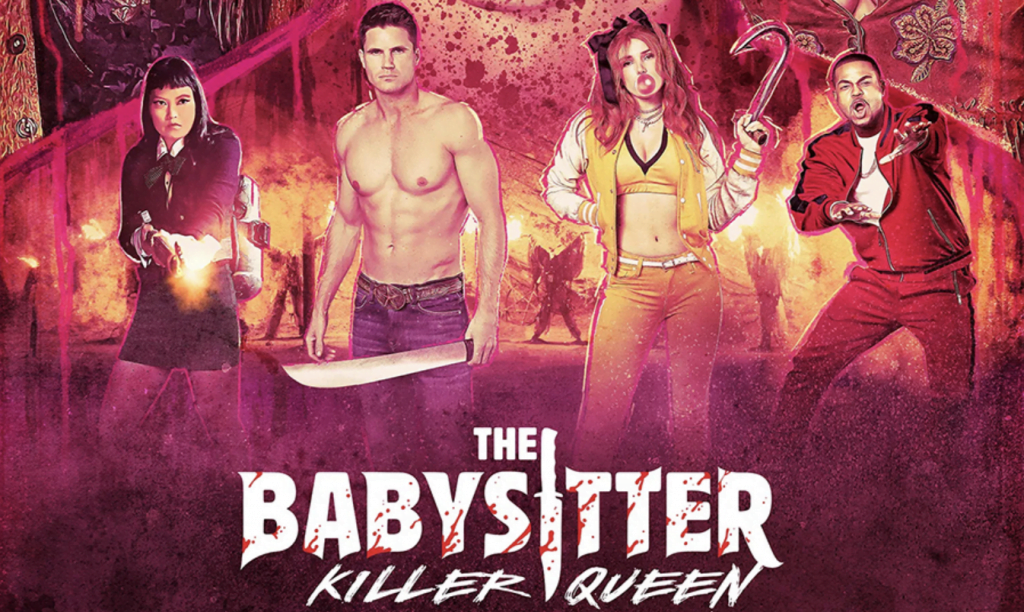 The Babysitter: Killer Queen Reviews- Since the first Babysitter film was good hit, Netflix was going to make a sequel. McG and his writers left enough plot threads open for them to gain easy access to the story. Brian Duffield and his calming gives pragmatic touch on the script, counter-balancing the typical wackiness of an McG project, ‘The Babysitter: Killer Queen’ is still an entertaining gorefest with stereotypical characters.

In The Babysitter: Killer Queen, Cole (Judah Lewis), declarer to his parents (Leslie Bibb and Ken Marino) that he doesn’t need a babysitter any longer, indicating that he is finally ready to grow up. But, as it often happens, adulting doesn’t turn out to be what he hoped for. Cole has told everybody what happened on that bloody night, from his parents to other students at school to the Cornell-educated guidance counselor who, for some reason, is also the school’s nurse, but no one believes him. His parents think that he is delusional and want to send him to a psychiatric academy, and the only suggestion that the counselor offers is for him to “get some”.

Melanie (Emily Alyn Lind) the only person who treats him normal. Cole has been in love with her at least since that night, if not longer. So, when Melanie asks him to come with her to a lakeside vacation spot for the weekend, he agrees, after some hesitation. They take her father’s muscle car and drive there with her three friends, Jimmy, Diego, and Boom Boom. As the night falls and the five of them start playing a 2-minute version of 7 minutes in heaven game with cards, the much-awaited drastic shift in the narrative arrives.

Melanie slices open Boom Boom’s throat with an enormous fishhook and explains to Cole that she and her two remaining friends have made the same deal as the members of the Satanic blood cult from the first film. Cole looks on, all four very-dead members of that cult, Max (Robbie Amell), Allison (Bella Thorne), Sonya (Hana Mae Lee), and John (Andrew Bachelor), return. The cult is still after Cole’s blood to complete the ritual. Pandemonium ensues, once again, as Cole must be resourceful to make it through the night, once again. But this time, he is not alone and has Phoebe (Jenna Ortega), a new addition to his class with a mysterious past.

THE ENDING  of The Babysitter: Killer Queen